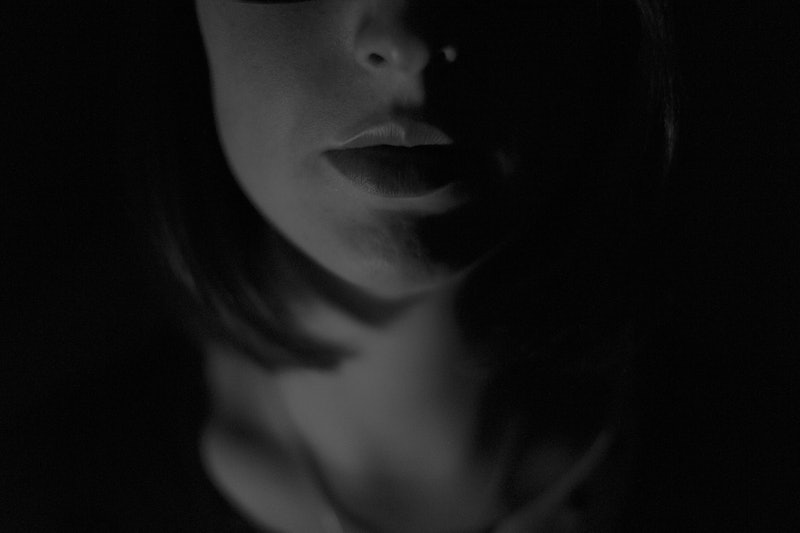 Despite being privy to most things related to sex and relationships, it wasn't until a couple months ago that I first came across the idea of gaslighting in relationships, while browsing Reddit. On the relationships subreddit, people post stories about all kinds of personal issues — infidelity, family problems, roommate disagreements, and sadly, stories of abuse — and ask Internet strangers for insight, advice, or even just an ear that's willing to listen.

In this particular Reddit thread, a woman was concerned about some strange behavior by her boyfriend of five months: He was hiding personal items of hers and then replacing them in the same spot a day later after she'd already noticed they weren't there, but he would get angry and pretend to be clueless if she confronted him about it. As one commenter pointed out, this is pretty much the definition of gaslighting — a form of psychological abuse in which "information is twisted or spun, selectively omitted to favor the abuser, or false information is presented with the intent of making victims doubt their own memory, perception, and sanity."

As someone who'd never even heard the term, I was curious about its origin, so naturally I took to Google to get to the bottom of the mystery. Curiously enough, I found that the term was originally coined based on the 1938 play Gas Light and its later film adaptations. The gist of the plot is that the main character attempts to convince his wife that she is insane by manipulating small elements of her environment — like the flickering of a "gas light" — and then insisting she is mistaken when she points out these subtle changes.

The woman of Reddit was definitely experiencing this same phenomenon at the hands of her boyfriend, and long story short, she ended up realizing he was abusive and leaving him, but not before casually having him watch the movie version of Gaslight with her and watching him squirm as the fictionalized version of his abuse played out onscreen (props to her for serving justice with a sense of humor). Unfortunately though, not everyone is able to learn about gaslighting via an Internet forum full of wise and helpful strangers, so they might be stuck in a relationship where they don't even realize the abuse they're dealing with.

I spoke with Monica Parikh, owner of the blog School of Love NYC, and her colleague Aimee Hartstein, a licensed clinical social worker, to learn more about this strange form of mental abuse.

It's A Gender Issue

Gaslighting is a "subtle and nefarious" form of abuse that often goes unrecognized, so it's important to be aware of all its nuances, Parikh and Hartstein say. Because it's not as "straightforward" as physical abuse, the victim might have a hard time realizing abuse is happening, and can eventually become so worn down that he or she is totally dependent on the abuser (which is, of course, the abuser's intent).

According to Parikh and Hartstein, gaslighting is also potentially a gender issue: "Despite all the strides we’ve made towards equality, women are still socialized to be deferential and accommodating towards men. This climate helps perpetuate gaslighting because some women may be more likely to trust what men tell them rather than what they see with their own two eyes."

So it's especially crucial for women to understand how gaslighting works, and the ways in which a perpetrator might attempt to control and manipulate them into slowly losing their independence.

There Are Subtle Signs

In short, when your perceptions are continuously being challenged, put down, and dismissed, you might be experiencing gaslighting, Parikh and Hartstein say.

"Victims are often feel confused and crazy. They doubt themselves or wonder if they are overly-sensitive. Victims often over-apologize and have an inability to make decisions. In addition, they may lie to friends and family about the perpetrator’s behavior or make excuses."

Sociopaths and those with other personality disorders are the most common perpetrators, Parikh and Hartstein say, and the abusers are usually charming, manipulative liars. Another thing to be aware of is that perpetrators may deliberately pick victims who are already insecure. According to Parikh and Hartstein, if the perpetrator tried to manipulate or control a person with a more solid ego or sense of self, it would not work, because he or she would trust their own judgment and walk away. On the other hand, someone who is more insecure or doubtful will often fall prey to the perpetrator’s control and manipulation tactics.

The most common negative effect of gaslighting is that the victim has a hard time trusting him- or herself. Being manipulated by someone you cared about who supposedly cared about you, too, is an emotionally damaging experience, and the victim may have difficulty trusting his or her judgment again, Parikh and Hartstein say.

The good news: "This is not altogether a bad thing though, especially if this “failure” becomes the starting point for building greater self-esteem and intuition," say Parikh and Hartstein. So even though the road to recovery will be long and sometimes difficult, it's important for victims to remember that healing is possible, and that there is still time to rebuild your self-worth and eventually find a healthy relationship with a loving, supportive partner.

The One Thing To Do If You're Being Gaslighted:

The answer is simple: Walk away. That's easier said than done, of course, but if you have any indication that someone is trying to gaslight you, leaving is probably your only realistic option. The bottom line is that you cannot trust someone who uses gaslighting techniques, because they don't have your best interests at heart. If applicable, make an "escape plan" and leave this abusive relationship ASAP, before it escalates.

"There is no rationalizing, arguing, or stating your case. The perpetrator is not interested in your reality. They are only interested in taking over your reality and having you completely dependent on what they tell you and what they want you to do."

How To Begin The Healing Process

Parikh and Hartstein recommend seeing a good therapist after leaving any kind of abusive situation: The therapist can help you learn to trust and value yourself again.

But what if you can't afford therapy? "Find old and trusted friends who can give you some insight," Parikh and Hartstein suggest. "Generally, friends and family will have great dislike of the abuser. It’s often apparent to the people around the victim that they are being manipulated. So, your friends and family will likely be happy to close ranks and help you debrief about what you’ve gone through."

Because of the complicated and insidious nature of gaslighting, it's important to be on your guard, and remember that there isn't one "type" of abusive relationship.

"Abuse is more prevalent than you realize. And, it does not discriminate — women of varying ages, socio-economic status, and education levels can be equally impacted by emotional manipulation and abuse. There is no need to be ashamed or secretive. The sooner you can speak your truth, the sooner you can get help. Often, hitting rock bottom is a blessing — and the beginning step towards healing, self-empowerment, and finding healthy love."

If you or someone you love might be the victim of gaslighting (or any kind of abuse, physical or otherwise) and feel like you need help getting out of this relationship, call the National Domestic Violence Hotline at 1−800−799−7233. You're not alone.

More like this
The Best Time To Date After A Breakup, According To Experts
By Bustle Editors
How To Do The Intimacy-Boosting Lotus Sex Position
By Laken Howard and Lexi Inks
The Top Mistakes Scorpios Make In Relationships (& How To Avoid Them)
By Nina Kahn
12 Ways You're Sabotaging Your Love Life
By Teresa Newsome and Lexi Inks
Get Even More From Bustle — Sign Up For The Newsletter