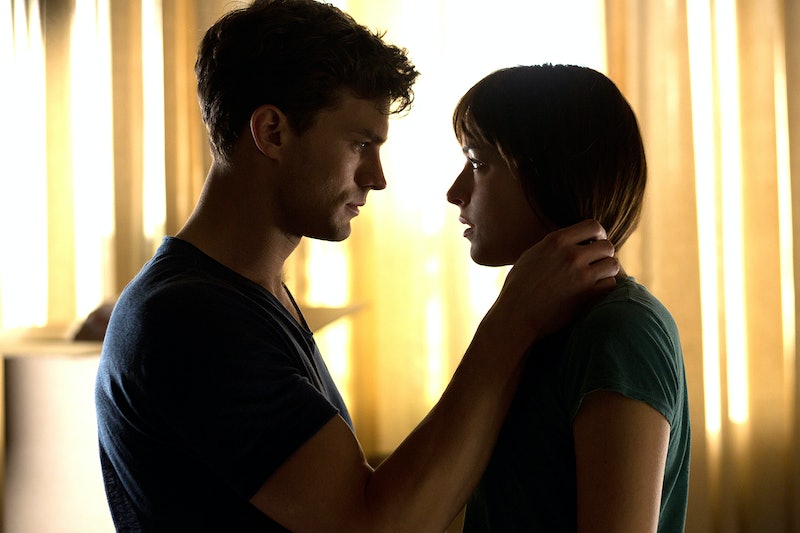 With the widespread public outrage over recent celebrity domestic violence cases, it seems that, while we obviously still have a long way to go on this issue, our society is becoming more aware and less tolerant of how prevalent physical abuse is. And we should be. What's not talked about as often, however, is the fact that emotional abuse can be just as damaging to a person's health and overall well-being as physical abuse — and it's even more common.

Emotional abuse can slowly erode your mental health and cause you to devalue and doubt yourself — making it that much easier for your abuser to hurt and control you. Even more confusingly, just like victims of emotional abuse aren't always sure whether they're being abused or not, emotionally abusive people might not always realize what they're doing to their partners. But no matter how hard you try, you will never be able to "fix" an emotionally abusive partner; their need to hurt you verbally is much more complex than even they probably realize. Or, as Psych Central puts it, an emotional abuser "projects their words, attitudes or actions onto an unsuspecting victim usually because they themselves have not dealt with childhood wounds that are now causing them to harm others."

Unfortunately, if you think you might be the victim of emotional abuse, it's quite likely that you are. If these signs of an emotionally abusive relationship sound all too familiar to you, get out of that situation as soon as possible.

1. Their Mean Jokes, Criticism, And Judgement Are Constant

There's a difference between innocent jesting and outright humiliation. If your partner makes a habit out of putting you down both in public and in private, and then tells you you're being "too sensitive" when you call them out on it, they are emotionally abusing you. And if your partner frequently tells you that your opinions, feelings, and thoughts are "wrong," you should know that's not normal, healthy behavior. It's abusive, and you don't have to put up with it.

2. You Feel Guilty All The Time

If you constantly feel guilty in your relationship, but you don't really know why, it might be because your partner is encouraging you to feel that way.

Does your partner always claim that everything's your fault? Are they incapable of taking responsibility for their words and actions toward you and others? Do you feel bad when you spend time with your friends and family? If you answered, "yes" to any one of these questions, then your partner is probably habitually guilt-tripping you. Don't fall for it. This is just one of the many ways emotionally abusive people will try to exert their dominance over you, and it's not healthy at all.

3. They Refuse To Communicate

Everyone has those moments where they just don't feel like talking about a certain topic, and even the most talkative people need a little space sometimes. However, if your partner flat-out refuses to communicate with you about something that's either concerning you in the relationship (like money problems or ex-drama) or you just need their support and they withhold it, know that it's not okay for them to continually shut you out.

Additionally, if they use the "silent treatment" to punish you after a fight, or for saying or doing something they don't approve of, or for no apparent reason at all, then they're being emotionally abusive.

4. ... But When You're Apart, They Text/Call You Incessantly

It's perfectly fine to text and/or call your significant other when they go out of town for a few days. However, if your partner tends to ignore you when the two of you are together, but the second you go to your parents' for the weekend they suddenly can't stop blowing up your phone, then you should know that's a serious red flag for an emotionally abusive relationship and partner.

In any healthy relationship, partners should be able to spend time apart from each other without having to constantly check in. So, if you feel like your significant other doesn't trust you when you're out of their sight and you feel like they're keeping tabs on you, beware. A one-time freak out can be forgiven, but if this is the norm in your relationship, it's not a relationship you need to be in.

5. They Blame Their Bad Moods On You

Emotional abusers are excessively moody and, according to them, it's somehow always your fault. While its true that everyone has bad days, there is no excuse for your partner to be consistently moody and then blame it on you. If your partner holds you responsible for their personal problems and unhappiness, it means they are refusing to take responsibility for their own shortcomings. That's toxic, irrational behavior, and it's a clear sign of emotional abuse.

6. They're So Jealous It's Scary

A certain amount of jealousy is pretty normal in most relationships. Having said that, the level of jealous behavior and the reason behind that jealousy does make a difference. It's one thing if your partner gets jealous when someone blatantly hits on you in front of them and you flirt back, but it's a totally different story if they freak out when some random person on your friends list "likes" a photo of you in a bikini.

You should also be wary if your partner freaks out or guilt-trips you when you spend time with friends and family instead of staying by their side 24/7. If your partner requires constant contact with you, and treats you as an extension of themselves rather than the individual that you are, that's not healthy.

7. They Try To Control Your Spending

Using money as a means to control someone is a major warning sign of emotional abuse. If your partner controls the finances in your relationship by managing your spending — and I'm not talking about being the one responsible for mailing out the rent check every month — something is off. Although its not uncommon for there to be one person in a relationship who's a bit more concerned with finances than the other partner, if it's gotten so bad that your partner forces you to "ask permission" before making even the smallest purchases, then it's emotionally abusive and it needs to stop. You are not a child, so don't let an emotional abuser treat you like one.

8. They're Unfaithful, Or They Threaten to Be

Every couple has different rules and boundaries about what is or isn't considered cheating, but be aware that any form of infidelity, or even the threat of infidelity, is a sign of emotional abuse. If your partner is exhibiting inappropriate behavior with people outside of your relationship as a way to control you, punish you, or dictate your relationship, then they are emotionally abusing you and breaking your trust at the same time.

9. They've Threatened To Hurt Themselves If You Leave Them

Emotional abusers often threaten suicide when faced with a possible break up. It's a manipulative scare tactic meant to force you into staying put, and it's not okay. If you're truly worried that your partner is genuinely unbalanced enough to kill themselves should you decide to leave them, tell someone close to them about your concerns, but don't stay put in that relationship. Seek professional help if you need that extra support to exit an emotionally abusive relationship, but don't let threats keep you from leaving.

If you feel like you need help getting out of this relationship or figuring out what to do next, call the National Domestic Violence Hotline at 1−800−799−7233. You're not alone.