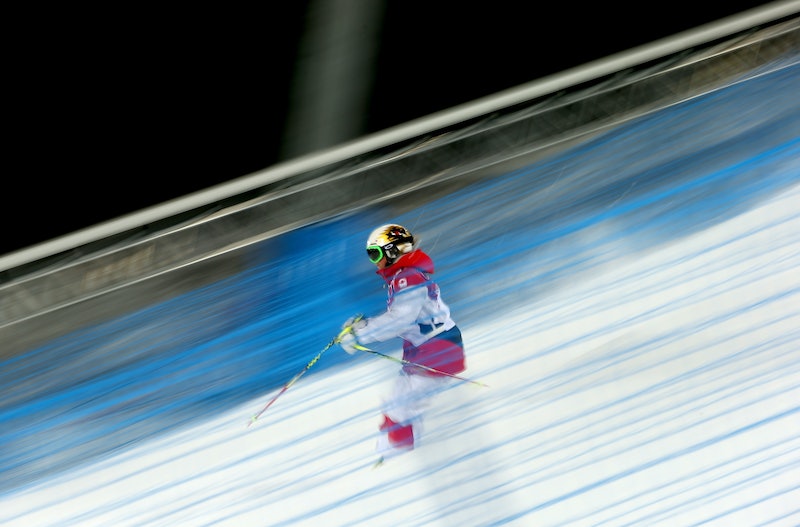 Ah, the '90s: a time when people could tape the Big Olympic Event that they'd miss, then head home to experience it as if it were happening in real time all over again. More importantly, there was no Twitter to spoil the final result. Luckily, we've figured out a thing or two out about how to avoid Olympic spoilers during the Winter Olympics – without making yourself a social media pariah.

Plan your work, work your plan

The key to being spoiler-proof is preparation. First off, you're going to need to figure out how your schedule works with that of that of the Games itself, and just which events you're going to want to watch but can't. Luckily, the official Sochi website has this handy timetable.

Select a Sochi shade on your Google calendar and start listing the events you don't want to miss, or give yourself an excuse to geek out on street stationery and make yourself an old-school color-coded wall planner. Now you have a good old-fashioned schedule at your disposal, you can move on to the next stage of the plan: selecting the tech aids that are going to help you beat the battle of the sports-result spoiler.

If tech is the problem, it's also the solution

Yes, we know the problem is social media. Yes, we also know you can't go without it until the Games are done. But you don't have to. Instead, you just need to apply a filter to the social media you already use.

Like Spoiler Shield, an iPhone app that uses a special algorithm to stop information about the games you don't want to hear the results of reaching you, while still allowing you to use Twitter, Facebook and so on. It will even cover your friends' feeds, so don't worry about blocking them.

Alternatively, you can apply a filter on TweetDeck. First, click the Settings icon. Then select the Settings tab, then Mute. Under the Text content option, type in the name of the event, competitors or any other key word you think could risk exposing results prematurely to you.

Then, carry on monitoring the future of peacekeeping in South Sudan, and what Kim will dress North West in next without worrying about being told who crashed out of the women's cross-country skiing comp before you had to a chance to watch it happen.

Oh, and don't forget the basics

We're talking the real basics here. Like, remembering to shun all news sources until you're good and ready to find out whether the skater on which you'd pinned your tween self's dreams of skate-superstardom on took the gold. Remember, part of the internet and social media's nefarious hold on us is that we type in URLs with all the impulse control of a Miley Cyrus tongue-wag.

So, to repeat: don't type in key words on Google. Don't turn on the TV or radio. Don't visit any news sites. And don't check your text messages, because that's one place filtering can't help you. Come to think of it, maybe don't bother charging your phone during Sochi — the "saved by a dead battery" excuse finally comes in handy.