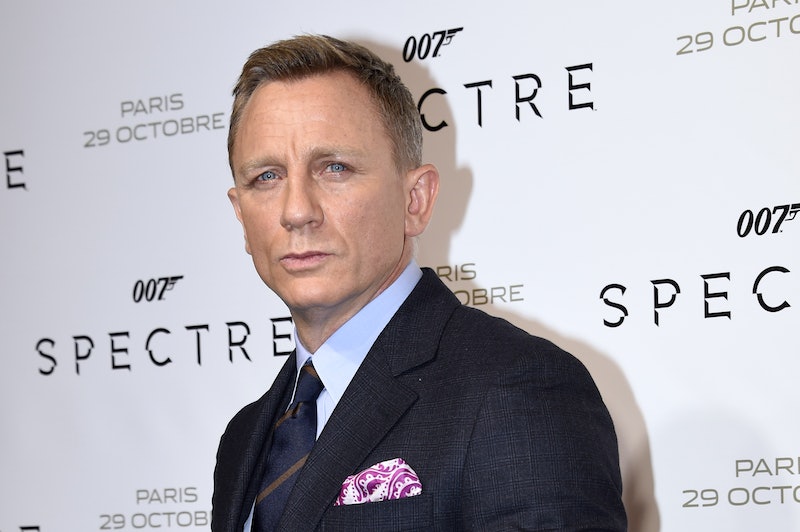 Stop what you're doing, because this is the greatest thing you will hear all day. Especially if you're a fan of James Bond. Apparently, Spectre star Daniel Craig likes to play pranks on set, specifically fart-related ones. I'm not sure I can sit through his portrayal of James Bond with a straight face now that I have that information ever again. Oh, and let me be clear — I love Craig as Bond. He's a muscle-bound powerhouse, and he's perfect, and he understands the misogyny of the character, and I love him, and this hasn't ruined him for me by any stretch of the imagination. It's just that when you say "James Bond" and "fart gag" in the same sentence, the glorious noise of "fart gag" is gonna win out over the subtle danger of "James Bond" every time. Next thing you know, there's me giggling when the suspense should have me on the edge of my seat, holding my breath. You'd be amazed at how much even the idea of a little squeaker can ruin everything.

Ugh, I'm such a child. Even the phrase "little squeaker" makes me happy, so the statement that Daniel Craig made at AOL Build about pranking his cast mates with farts is essentially tailor-made for me:

I don't know about you, but, in the absence of other details, I'm having a delightful time imagining Daniel Craig as James Bond, pressed up against some beautiful woman, drawing his sleek, polished gun (not a euphemism, get your brain out of the gutter), and then... farting. I would line up at midnight to watch that movie. Actually, now that I think about it, that movie is called Austin Powers, and I've already watched it. But the ice-carved stoicism of Daniel Craig's whole demeanor really brings it home more than Mike Meyers and his cheeky grin ever could. I feel like Craig would let one slip and not even change the expression on his face. In my dream world, he'd raise an eyebrow and say, "Papa made a little tootie."

I guess what I'm saying is, I'd like to direct the next Bond movie? Or maybe just experience the brief elation of sitting down on a Whoopie Cushion placed under my butt by none other than Daniel "Fart Gag" Craig.