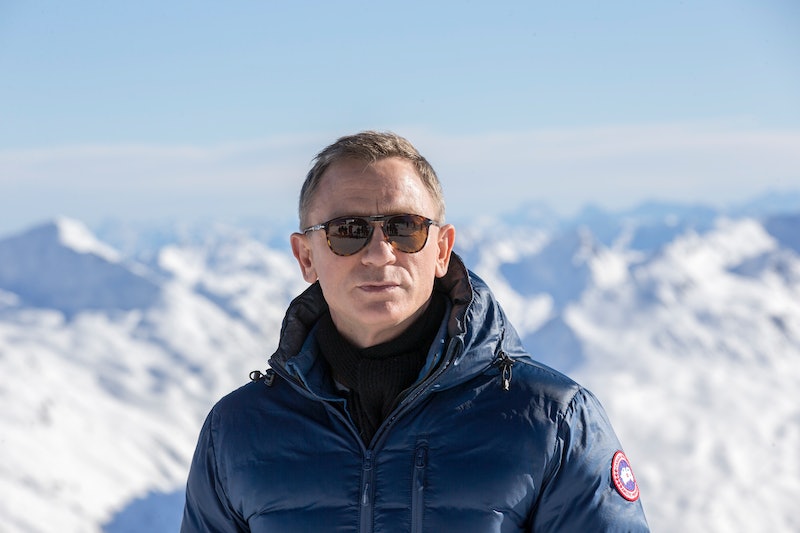 In the ongoing internal debate over whether I'm more attracted to Daniel Craig or his portrayal of James Bond, the former just pulled ahead in a major way, when, in an interview with Red Bulletin, Craig stated that James Bond is a misogynist. Even though Bond takes off his shirt to expose his rippling muscles decidedly more often than Craig does, Craig gets mondo points for being self-aware enough to not only see the character's failings, but be able to portray him anyway. Intelligence and talent combined? Why don't we just draw up the marriage certificate right now? (And yes, I know he's already involved with Rachel Weisz. It's something we're working through.)

But seriously, it's such a relief to hear a man in Hollywood talk about misogyny, for once, instead of just brushing it off when women bring it up. Maybe it's because he feels he's finished with playing Bond in the franchise (as he's said in previous interviews), or maybe it's because he just doesn't give an eff in general — either way, Craig had a refreshingly unexpected response when the interviewer asked him what the average person could learn from James Bond: "Nothing." Haaaaa! I love it.

And when he was specifically questioned on Bond's "way with the ladies," Craig told Red Bulletin:

Let’s not forget that he’s actually a misogynist. A lot of women are drawn to him chiefly because he embodies a certain kind of danger and never sticks around for too long.

Did everyone catch that? Somehow Craig managed to label Bond as a misogynist while simultaneously avoiding shaming any kind of woman who might be attracted to that. He didn't say they were tricked into it, or that they didn't value themselves — he said a lot of women were drawn to what he represents, like danger, intrigue, and a lack of commitment. No judgment, just an observation.

So good for you, Craig. Not only does it make me love you even more as a person, an actor, and an advocate for women, but it makes me super excited to see you portray this infamous misogynist one last time in Spectre , hitting theaters November 6.