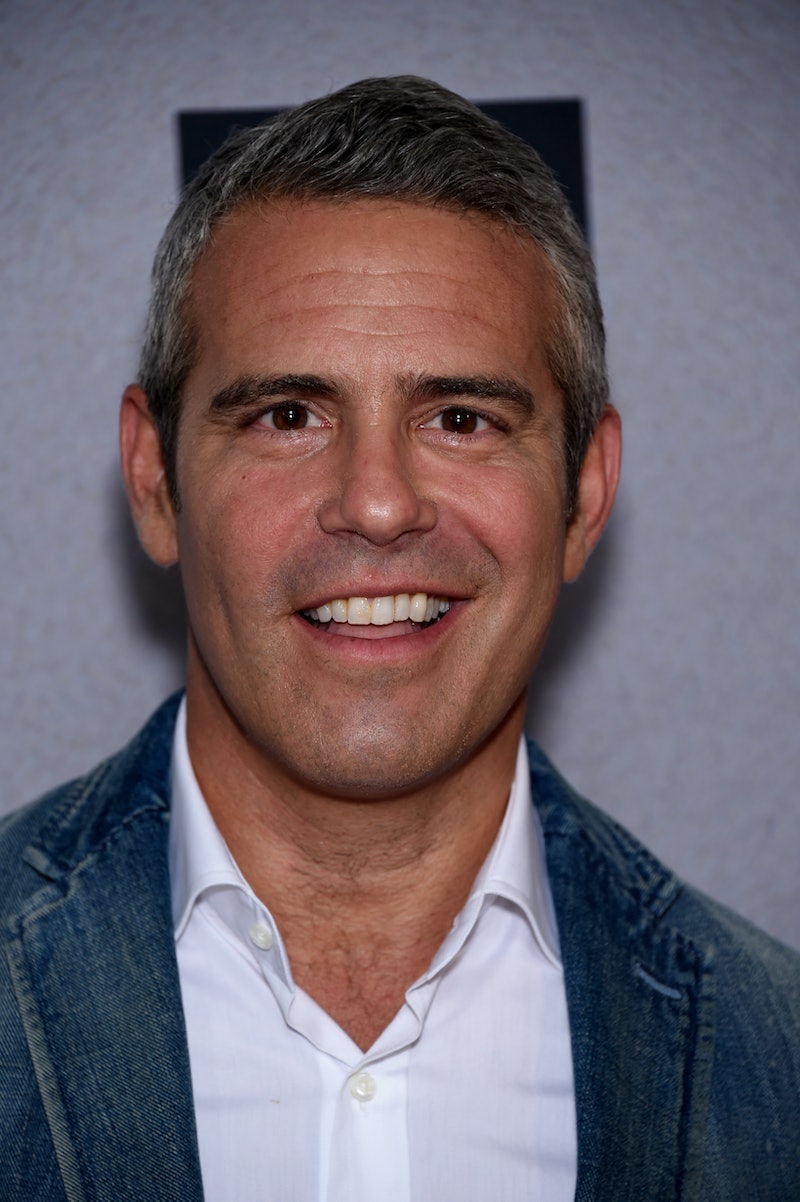 Andy Cohen is the man we have to thank for bringing the Real Housewives franchise into our lives. He is the executive producer of the reality TV series, the reunion moderator, and the host of the nightly Bravo talk show Watch What Happens Live. Thankfully this all means that us fans get a dose of Andy Cohen on the reg. And this is something that makes me really happy as a Bravo superfan. He has the best personality, asks the right questions, and has no problem stirring the pot. I watch every one of his shows, and I really feel like we have this strong, one-sided friendship.

Cohen is usually talking about other people, whether that means Bravo TV series cast members, famous celebrities, or hot athletes, so the conversation is rarely about the talk show host himself. This makes him a little bit of an enigma to me. I feel like I know so much about him — yet so little.

There are plenty of facts you might not know about Cohen. From celebrity friends to career milestones and everything in between, there is so much that the fans would love to know about the king of Bravo.

In 2009, Cohen started hosting Watch What Happens Live and became the first openly gay talk show host on late night television. That is definitely a major milestone for Cohen and the entertainment industry as a whole.

2. He Is Best Friends With Sarah Jessica Parker

If you follow Cohen on Instagram, you'll see that he spends a lot of time with Sarah Jessica Parker. So how did they become besties? Cohen met SJP when he was a producer for The Morning Show on CBS. Then he ran into her a year later at a Vanity Fair party and was so happy and shocked when she remembered him. They've been best friends and annual Met Ball dates ever since.

3. He Is A NRA-Certified Rifleman

Young Andy went to Camp Nebagamon in Lake Nebagamon, Wisconsin every summer from 1978 to 1983. During this period he became an NRA-certified rifleman in four positions.

4. He Interned With Julie Chen

Before Cohen had his own show, he was working his way up in the entertainment industry with Julie Chen by his side. The two talk shows hosts interned at CBS together when they were in college. I wonder if they ever expected to make it big back then.

5. He Was Set Up On A Blind Date With Anderson Cooper

We all know Cohen and Anderson Cooper as besties these days, especially since they're on multi-city tour for their unscripted chat show called "AC2: An Intimate Evening with Anderson Cooper & Andy Cohen — Deep Talk and Shallow Tales." But they did not start out as best friends. They were actually set up on a blind date 20 years ago, which did not actually happen because the two had an exchange on the phone and Anderson was not feeling it. They ended up hanging out with mutual friends in Los Angeles and that's when their friendship formed.

In his book Most Talkative, Cohen shared that he used to be a go-go dancer with the B-52s. Now, I am just praying for some throwback videos to hit the Internet.

7. He Had Lady Gaga's Urine Turned Into Perfume

Instead of peeing in the public bathroom when she was a guest on Watch What Happens Live, Lady Gaga decided to relieve herself in a trash can. Cohen was determined to save the specimen as a souvenir and decoration for The Clubhouse, so he had a production assistant look up a recipe to turn it into a perfume so the urine wouldn't become hazardous. I wonder if anyone has ever used this "perfume" and what Lady Gaga thinks of this unique incident. It might even be too weird for her.

Learning all of these fun facts about Andy Cohen makes me wish that he had a reality TV show of his own. Hint, hint, Bravo.