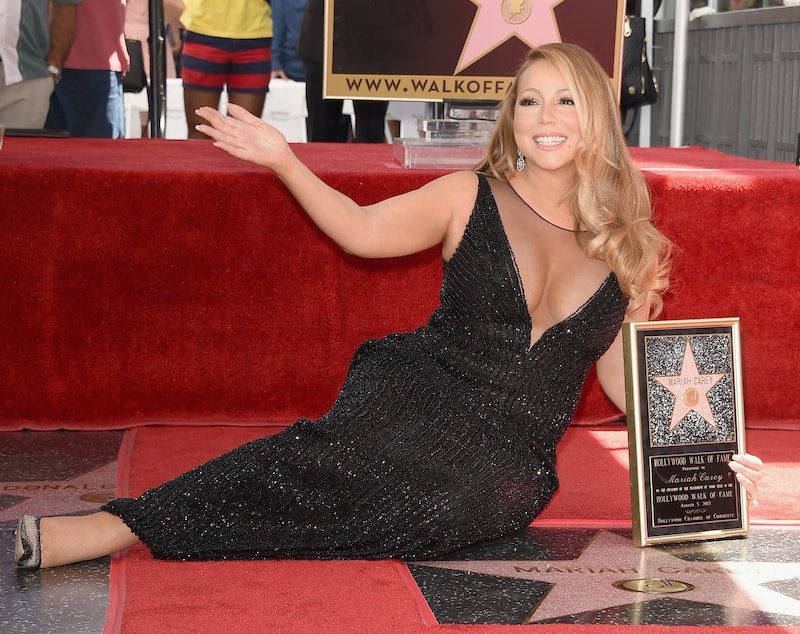 I have a feeling this information would surprise most people who know me, but I think Mariah Carey is one of the most underrated actresses out there. Thus, I'm pretty excited at the news that Carey is in talks to join the cast of The Lego Batman Movie , a follow-up to the original Lego Movie that was such a monster hit last year. This is all supposed to be very hush-hush, apparently, and is unconfirmed by both the studio and Carey herself, but rumor has it that Mimi is apparently up for the role of Commissioner Gordon. So, basically, not only am I excited that Warner Bros. might be considering some cross-gender casting for a role I've only ever seen as male, but she'd also be joining an incredibly impressive cast.

So far, The Lego Batman Movie boasts a roster of people like Ralph Fiennes playing Albert, Will Arnett reprising his role as Batman, Michael Cera as Robin, Rosario Dawson as Batgirl, and Zach Galifianakis as the Joker. Woof. Some real heavy hitters there. At first glance, you might wonder what Carey is doing among them, given that she's way better known for her singing career than her acting prowess. Heck, you'd be forgiven for feeling like she might be out of her depth. But I happen to see it totally differently.

Sure, Carey doesn't have the extensive comedic résumé of these other actors, but remember how hard she killed it in Precious? Even though I knew Carey was going to be in it, I was admiring her character's work on-screen for like 15 minutes before I put together that Mrs. Weiss and the diva we all know and love offscreen were one and the same. She sank so deep into that part that she was unrecognizable, so I think Carey is capable of far more than we realize.

At least, that's what I'm hoping. I can't wait to check her out in this Lego Movie spin off just as soon as it hits theaters. Fingers crossed she gets to sing.