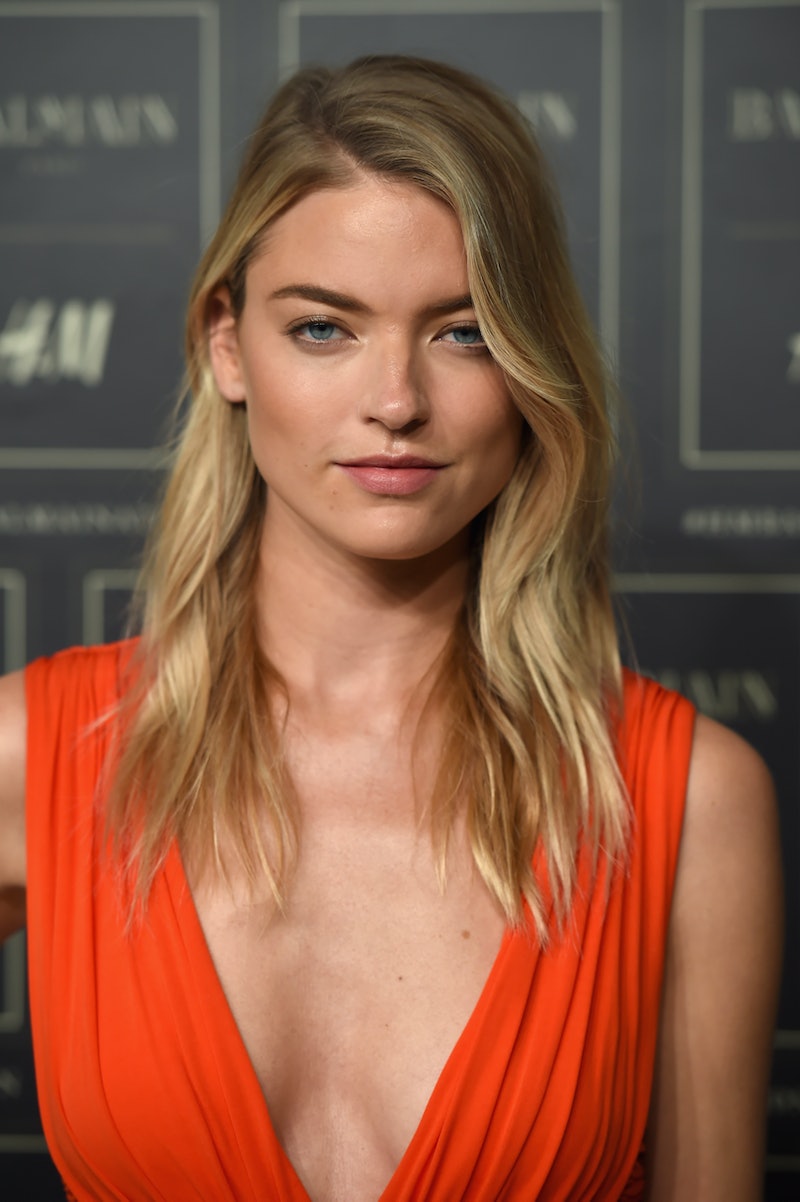 Being chosen to walk in the Victoria's Secret Fashion Show is exciting enough (just ask Gigi Hadid), but being selected to model Swarovski lingerie is seriously next-level amazingness. This year, Martha Hunt is wearing the Swarovski lingerie, according to E!, and we got a sneak peak of the creation ahead of the big show. Spoiler: It is one of the most ornate, extravagant, and stunning pieces I've seen from the show yet.

Though the show films Tuesday night, we still have a month to go before we'll see it live on TV, so to hold us over, WWD went behind the scenes to get an up close look at the spectacular Swarovski piece Hunt will be modeling. Handmade by Parisian couturier Serkan Cura, the colorful corset features a whopping 90,000 blue, gold, red, green, yellow, and crystal embellishments. So you better believe there's a whole lot of sparkle going on. But that's nothing compared to the wings.

The golden angel wings feature 20,000 crystal embellishments, 130 feet of LED lights, 1,200 individual lights, a hidden battery pack, and, according to Hunt, they "light up like a firework."

The show seems to outdo itself every year, and if this sneak peek is any indication, this year is no exception.

These may be the prettiest wings we've seen yet. Although, I think I say that every year, like when I saw Behati Prinsloo's shimmering gold wings:

...and Lindsay Ellingson's fairy-esque wings. Plus, how pretty is that baby blue bra?

Right along there with 2014's double Fantasy Bras.