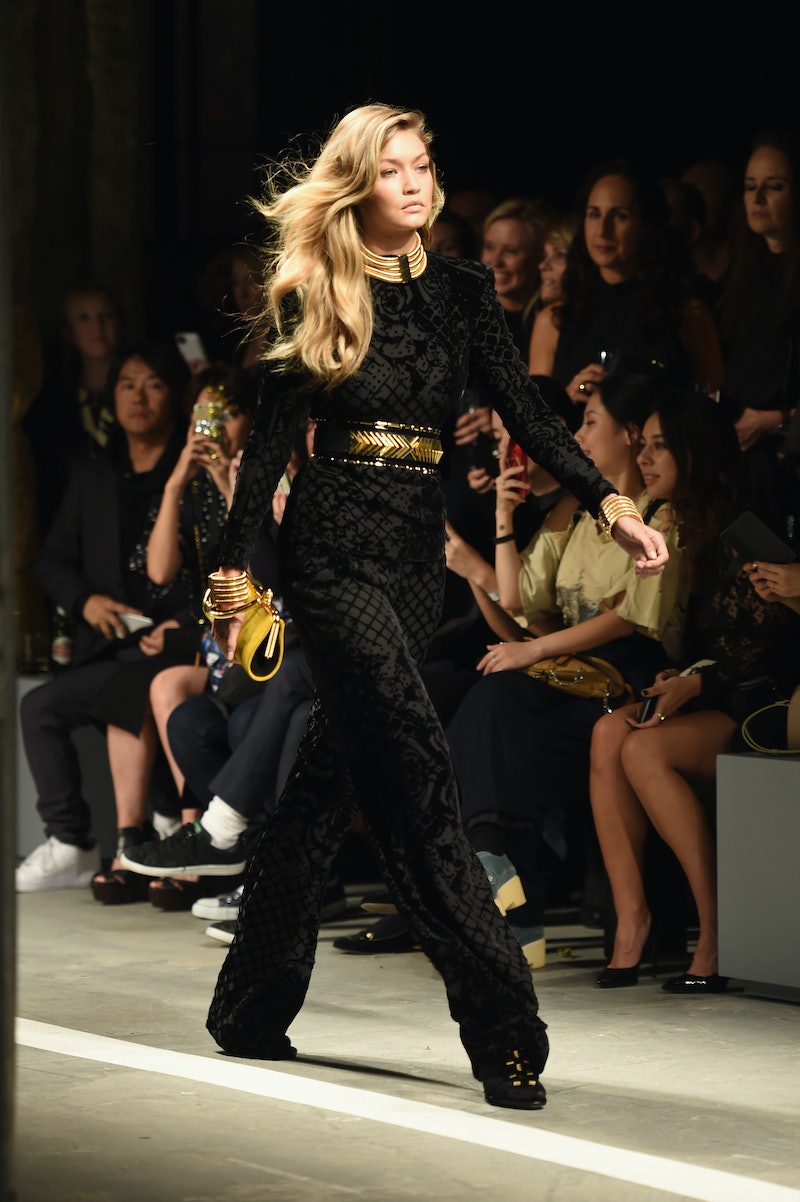 A certain supermodel just landed a major gig. Blonde beauty Gigi Hadid will walk in Victoria's Secret Fashion Show this year. Upon finding out she landed a spot in the famous show after strutting her stuff during her audition —wait, Geeg actually needed to try out for this gig?— the model dropped to her knees and shed a tear. It was such a genuine, cute reaction, since this is a huge professional "get" that she's been wanting for years.

Before we watch Hadid do her best strut for the show's producers while clad only in a black bra and panties, let's take a moment to say "Congrats" to the model, who posted a gorgeous makeup-free selfie earlier this week. Congrats, girl!

Now that we got that out of the way, let's get voyeuristic and watch Hadid's audition for the 2015 VS Fashion Show, which returns to NYC this year.

At first, I was super baffled that she would even need to do so, since she is one of the hottest modeling properties, along with Kendall Jenner. Like we know what she looks like and how she waltzes down a runway.

Then I realized that Hadid is working hard and isn't being handed gigs just 'cuz. She is out there proving herself day in and day out and that's so inspiring.

That's some authentic emotion right there, from her physical reaction to her squeal. But don't you love how she blew a little air kiss and how she perched her hands on her hips while trying out? Hadid manages the near-impossible and that's being as cute as she is sexy.

Hadid also Instagrammed a screen shot of her reaction. Priceless!

She also tweeted her palpable joy.

In honor of Hadid's big score, here are some of her most fierce runway struts and stares.

To borrow a phrase from RuPaul, you better work, girl!

Hadid commands everyone's attention when she hits that catwalk. That stare, though.

She walks with confidence.

Clearly, Hadid can work any look or style, even a Barbie-inspired aesthetic.

She will certainly do Victoria's Secret proud when she rocks the brand's infamous lingerie on the runway.

The girl has all the unique looks and moves.

Check her out, all hands stuffed in her pockets and stuff. Hadid has all sorts of runway moves and looks. She might even be > than Kendall Jenner in that regard. I'll let you guys argue about that amongst yourselves.

I cannot wait to see Hadid do her thing for Vicky and co. Congrats again, lady!