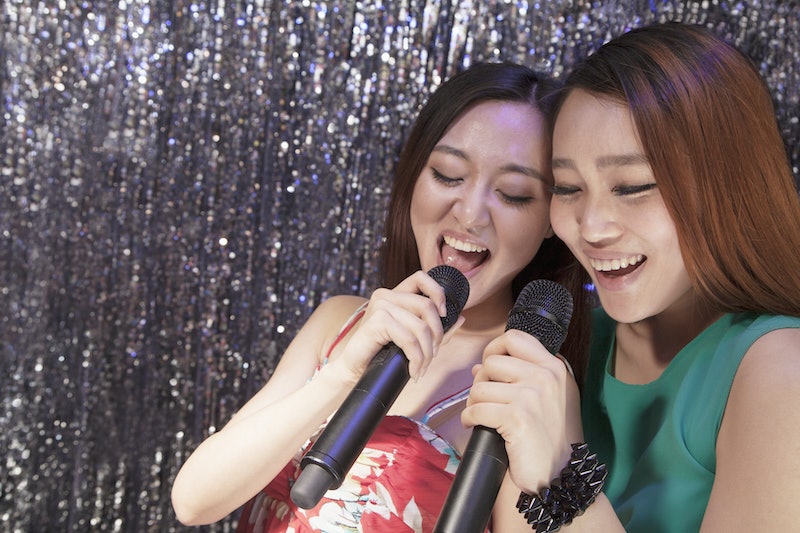 While being single in some societies is pretty much the worst thing in the world 一 oh no! 一 that’s not the case in China. Every November 11th, China celebrates Singles' Day, aka Guanggun Jie. Yes, an entire day dedicated to the single people in their country... and it’s a pretty big deal. Although originally known as “Bachelors' Day,” when it first got its start in the 1990s, the day has now evolved to include the ladies, too. It first originated in 1993 at Nanjing University as an anti-Valentine's Day and was chosen to be celebrated on November 11, because of the “1” factor, you know, because there are four number ones in the date, which relates to “bare branches” or "bare sticks" in the Chinese culture, aka single. What this also means is that 2011 was “Singles' Day of the Century,” because my oh my, look at all those number ones!

Singles' Day has become such a big deal in China that when it comes to shopping, it totally blows both Black Friday and Cyber Monday out of the water. Singles basically spend the day celebrating, buying stuff they probably don't need, and being their awesome single selves with their other awesome single friends. While the United States celebrates their own National Singles' Day on January 11 (there are only three number ones in there, people!), it’s not the same as the party that the Chinese throw down.

But do you have to be in China to celebrate just how fantastic it is to be single? Hell to the no. Here are seven other things to know about China’s Singles Day so you can do it up right.

1. Start The Morning Off With Four Youtiao

On Singles’ Day, singles eat four youtiao, which is a deep-fried dough stick that sounds effing amazing. They eat four to represent the four number ones in 11.11, then eat a steamed stuffed bun, which is meant to signify the dot between those double 11s. Creative, no?

2. Spend Some Quality Time With Your Single Friends

Although it's fairly obvious that you'd spend the day with your single friends, the most interesting part is that everyone has to pay for themselves, whether you go to dinner or a club, because it’s a display of independence. So, while you might feel the urge to treat your friend on Singles’ Day to a few round of martinis, don’t do it. You can treat them next time.

3. Prepare To Spend Some Money

Between dinner, partying, and shopping, consumers are expected to spend an average of 1,761 yuan or $277 each. Which, I guess for a celebration isn't too much, because if you're going to celebrate you and your awesomeness, you either go big or go home.

4. Shop Until You Drop

The reason Singles’ Day out does Black Friday and Cyber Monday in terms of money being spent is because it has become synonymous with discounts. Alibaba Group Holding Ltd, the largest online site where you can buy everything and anything in China, jumped in on the action in 2009 and made it a day of discounts galore. The sales that come out of Singles’ Day are so insane that last year Alibaba sold more than a billion dollars worth of stuff just in the first THREE MINUTES that things went on sale, making it four times more profitable than the Cyber Monday we have here in the States.

Of course, economy experts expect that amount to be even more this year.

5. Get Naked And Start A Fight

Because Singles’ Day is relatively new, traditions keep popping up for it. According to Baidu Baike, streaking on the 11 bus and starting a brawl with the person dating your former love also seem to be sneaking into the to-do list for the day. Although, personally, I’d just stick to dinner with friends, because I really don’t need an arrest on my record. At least not this week.

6. Meet Some Other Singles

What's the best way to end a day of celebrating? Getting laid of course. Although the day is all about honoring the singles of China and just how awesome they are, Singles' Day ends with Blind Date parties at clubs. Singles can either use this as an opportunity to just have some fun or shake their singleton status by falling in love, which is really easy to do when you're drunk.

7. Realize It's Not Totally Just For Singles

Because of the double eleven factor, November 11th is also big for lovers as well. As the WSJ wrote in 2011 when couples were racing to get hitched, “The pronunciation of the numbers ‘11/11/11’ is similar to the Chinese idiomatic expression 'one life, one lifetime' ( 一生一世, yi sheng yi shi in Mandarin), which means ‘forever.’” So, yes, those of you who are coupled up can get in on the action, too.