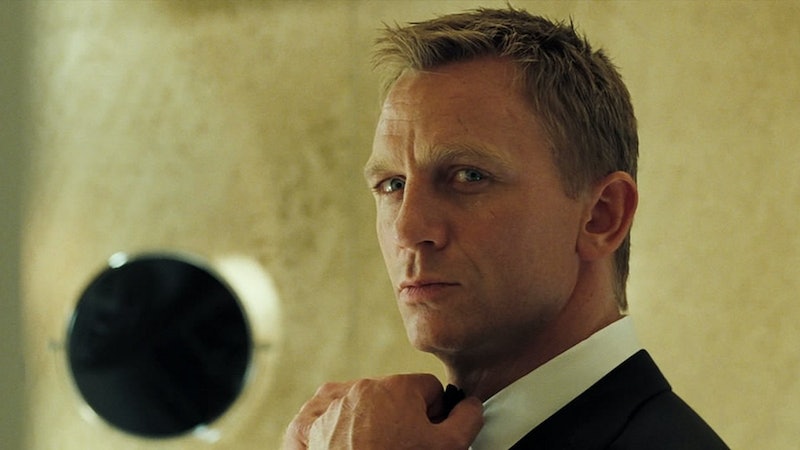 James Bond will return. As if there was ever any doubt in a franchise that has churned out a new movie every two years on average since 1962, the end credits of 007's newest adventure Spectre once again promise that he'll be back. But what will Bond 25 look like? A lot of what the next Bond will end up being depends on if Daniel Craig returns to the role. If Craig does come back, then the next film will likely be considerably different than if someone like Idris Elba takes over as Bond. But what direction should the new film take?

For a series to last as long as James Bond has, there are certain elements that should be observed. It's not a coincidence that the films continue to draw big audiences (Skyfall was the first in the franchise to earn a billion dollars at the box office), as there is a proven formula that has been shown to work. A lot of people like James Bond movies, and they expect to see certain hallmarks when they head to the theater. But at the same time, these hallmarks have to adapt with changing times and also avoid becoming repetitive, otherwise you end up with a movie that's either too offensive or too derivative. So with these rules in mind, here's what Bond 25 must have.

I don't think Craig is done, and I definitely don't think he should end his glorious run as Bond with the middling-reviewed Spectre. He's probably the best Bond ever, and he deserves to go out on a high note.

Outside The Box Exotic Locations

One tenet of Bond films has always been the far-flung exotic locations. This was a much bigger deal when the series began in the 1960s since air travel was still new and luxurious, but it's become harder to impress audiences in today's global society. That's why the movie should feature places that are rarely visited and hard to get to in real life, to bring back some of that unachievable wanderlust of the early films. Send Bond to Antartica, or the remote South Pacific, or Bhutan. Have the villain set up camp at the Door to Hell in Turkmenistan. Anything besides luxury resorts in the Caribbean.

Every Bond movie has a chase scene, usually more than one, and the best are those that bring something new to the table. Spectre's car chase features beautiful cars, but it was criticized as being too formulaic and familiar. Casino Royale on the other hand has a parkour chase scene on foot that was unlike anything fans had ever seen. Which do you think is more highly-regarded?

Over The Top Stunts

Bond is being outdone by Tom Cruise and Mission Impossible when it comes to the stunt department, and badly. Bond films used to be the place to go to see the most breathtaking events in movies, but now they come off as average. The helicopter opening scene in Spectre is a good start, but I'd like to see a lot more. Make these movies a spectacle again.

Craig's Bond has had the benefit of some of the best villains in the franchise's history in Le Chiffre (Mads Mikkelsen) and Silva (Javier Bardem) as they're both menacing, motivated, and have unique physical traits. In my opinion, Bond 25 shouldn't feature Blofeld as the main antagonist, but should go back to the formula that works to craft someone new.

One thing Spectre absolutely gets right is the casting of Dave Bautista as henchman Mr. Hinx. Hinx is downright scary and you actually feel like Bond is in danger whenever he's on the screen. The silent giant was clearly influenced by the great villain sidekicks of the past like Jaws and Oddjob, and was definitely a sorely missed presence over the past couple decades of Bond movies. More of the same next time, please.

A lot was made about Spectre changing the "Bond girls" into more heroic, independent characters, but the result was a mixed bag. Swann saves Bond, but she also falls in love with him for no reason and ends up needing rescuing. It's obviously OK for the female lead to have romantic feelings for Bond, but those feelings needs to come from somewhere. I'd love to see female characters that challenge Bond, don't need Bond to survive, and even some that don't sleep with Bond. Like Famke Janssen's Xenia Onatopp in Goldeneye . She wasn't seduced by Bond in the slightest and was a coldblooded killer. She used her sexuality to her advantage and was always in control of it, which is something that almost no other Bond girl can claim. Also, I have no desire to see Bond settled down with Dr. Swann in the next film. Domesticated Bond is too much of a departure for the character; Swann's got to go.

Spectre had the right idea by trying to bring some humor back to the series, but some of the jokes admittedly fall flat. It's a tough line to walk between being legitimately clever and falling into Pierce Brosnan-style winking one-liners, but it can definitely be done. I know I'd appreciate some clever puns in Bond 25.

Poor Daniel Craig. He's been in four Bond movies and has hardly had any gadgets to play with. I'm not talking about bringing back invisible cars and other ridiculous tech, but it's the 21st century. Surely the writers can come up with some inventive but still believable doohickey to help Bond get out of a jam.

Little To No Continuity

Craig deserves the chance to make a proper Bond film without being weighed down by everything that happened in his previous four films. I don't need to be reminded again in Bond 25 that Vesper died in Casino Royale. I remember. Let Bond 25 be a standalone film, and free up Craig (or whatever actor) to focus on the film at hand.

The first two-thirds of Spectre are highly entertaining; it's not until the third act when things get messy. The movie also clocks in at two and a half hours, suggesting that some trimming off the end would have made for a much better-received film. By contrast, Goldfinger (widely considered the best Bond movie) is a lean one hour and fifty-two minutes. Bond 25 should not overstay it's welcome with loads of exposition and convoluted plot, it should remained focused on the action.

With these guidelines in place, I'm sure that Bond 25 can end Daniel Craig's run as James Bond in style. So your move, Eon Productions and MGM. I'm here if you have any questions.