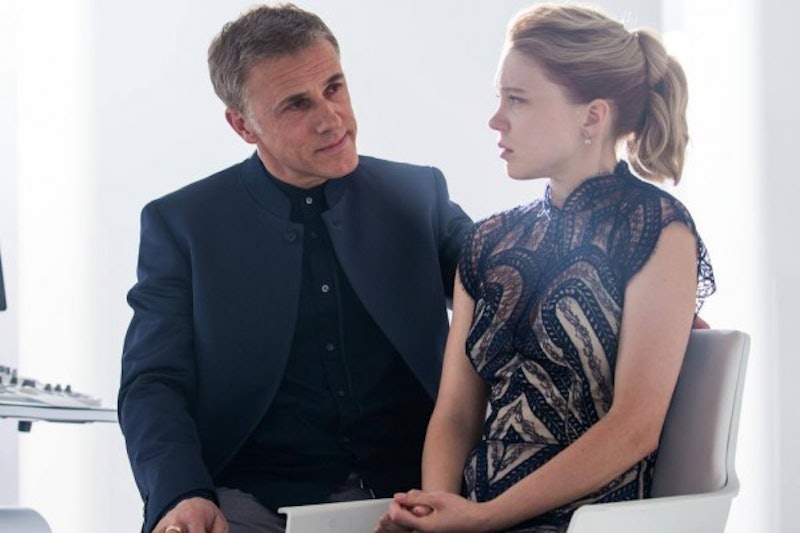 The newest James Bond film is here, and since Spectre has already hauled in nearly $300 million worldwide after just two weeks (and just one weekend in the United States), it doesn't look like the 24th Bond film is going to be the last. So it's time to start speculating about the next Bond film, Bond 25 . A lot has been said about the film already: Will Daniel Craig return as Bond? Should Idris Elba take over as Bond? Is the franchise due for another reboot? These are all good questions, but they might not matter because after seeing Spectre, I'm under the belief that Bond 25 is already plotted out.

If you haven't yet seen Spectre, then look away because I'm about to spoil the end of the movie. OK, all good? At the film's conclusion, James Bond has a chance to kill his nemesis, Christoph Waltz's Blofeld. But instead he has a change of heart. He throws away his gun, lets Blofeld live, runs away with his new love Dr. Madeleine Swann (Léa Seydoux), and implies that he's done with being a spy. And even though on the surface this isn't terribly different from the classic Bond movie endings of 007 ignoring calls from headquarters in favor of spending time with a woman, it differs in a couple of key ways. For one, Bond lets the bad guy live, which opens the door for a Blofeld return. And second, he seems to swear off violence because of his newfound love for Swann, a fundamental change to the character. So what does this mean?

One thing to keep in mind is that Craig's Bond films feature much more continuity than most of the franchise's previous installments, so this ending was likely made with the future in mind. By having Bond change his ways and find love again, and by leaving Blofeld alive in the process, I would bet dollars to cronuts that the plot for Bond 25 goes like this: Bond and Swann are happily living their life away from violence when an escaped Blofeld catches up with them and murders Swann. Bond then sets out on a course for revenge to track down Blofeld, returning to his old tricks in the process.

But here's why that could be a problem: fans have seen it already. Obviously it's tough to stay fresh in a 25-movie series, but audiences have seen this basic plot in Craig's Bond films. In case you forgot, Bond retires from MI6 at the end of Craig's first film, Casino Royale, to live happily ever after with Vesper Lynd. But their bliss is short-lived, as Lynd is killed at the end of the film. In Craig's next movie, Quantum of Solace , Bond sets out on a quest for revenge to find those responsible for the death of his love. So unless fans want another Quantum of Solace (they don't), Bond 25 is best off following a different route. So what should happen?

First of all, Swann has got to go, but without being killed off. Spectre is notable for not killing any of its female characters, and the producers don't need to soil that by offing Swann in Bond 25. Instead, address in the beginning of the film that things didn't work out between the two because Bond is who he is: A violent, drunk, philanderer. Sorry, but that's the character. He's just not going to last in a healthy relationship. No longer denying his true self, Bond returns to MI6, the only place that gives his life meaning, where he is given a proper mission. Craig's Bond hasn't really had the chance to fully complete an unspoiled mission like the Bonds before him since he retires in Casino Royale, is a fugitive in Quantum of Solace, "dies" in Skyfall, and is essentially fired in Spectre. We've seen enough of Craig's Bond as the bad employee, so let's see him fully serve Her Majesty's Secret Service for once. Then, for the mission, let Craig's Bond save the world.

The Craig Bond films have been smaller in scope than many in the series, and I think it's time he finally got the chance to really flex his world-saving muscles in the role. No more personal vendettas. No more rescuing Bolivia's water supply. No more stopping spies from being spied on. Let's have a nuclear bomb that's about to go off, and only Bond can stop it. It can even be Blofeld that plans to detonate it if they want, since Bond finished whatever personal issues he had with him in Spectre by sparing his life. This would effectively finish Craig's evolution from the freshly-minted and emotional 007 he introduced to the series into the classic superspy who has endured as a character for six decades. And if it's done well, it could be the perfect ending for Daniel Craig's role as James Bond.

Which brings me to Idris Elba...