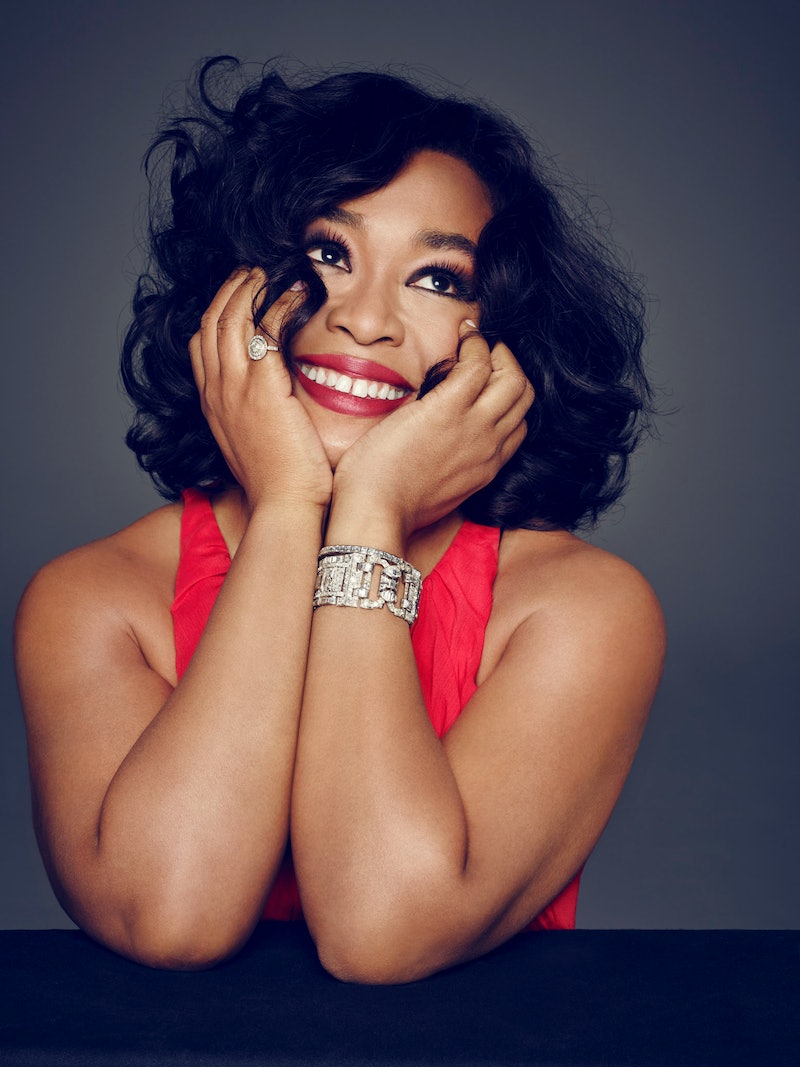 From the outside, it seems like Shonda Rhimes could just strut into any room and own it. As the creator of Scandal, Grey’s Anatomy, and How to Get Away With Murder, the woman owns Thursday-night TV. ABC even named the night TGIT (Thank God It’s Thursday) because her shows are so crazy successful. But in Rhimes’ new book, Year of Yes, you quickly learn that just because the woman created Olivia Pope and Annalise Keating does not mean she feels like a badass. In fact, until she took initiative and changed her life up in 2013, she was actually pretty miserable.

Year of Yes is about the 12 months (and counting) in which Rhimes decided to stop hiding from life and start embracing it. She writes early on that she’s a bona fide introvert, and that if she wasn’t the queen of TV she’d be a quiet librarian in Ohio. This is pretty surprising, coming from the woman who named her company Shondaland.

It all starts on Thanksgiving 2013, when Rhimes’ sister tells her that she never says yes to anything. It strikes a chord with Rhimes, so she decides to start saying YES to things, whether that’s meeting POTUS and FLOTUS, losing over 100 pounds, agreeing to be interviewed by Jimmy Kimmel, or speaking up for herself when she’s being taken for granted.

She talks about her career, her three kids, and her decision to say no to marriage — which turns out to be a form of saying YES to herself.

If you’re the world’s biggest Scandal/Grey’s Anatomy/How to Get Away With Murder fan, you've probably already torn into the first chapter of Year of Yes. If you need a little more convincing, here are 10 of the best quotes from the book.

1. “I need to believe that Beyoncé’s life if perfect. It keeps me going.”

2. “My kids are not my friends. They are my children. My goal is not to get them to like me. My goal is to raise citizens.”

3. “I want my daughters to see me and know me as a woman who works. I want that example set for them. I like how proud they are when they come to my offices and know that they come to Shondaland.”

5. “I am never more sure of myself about a topic than when I have absolutely no experience with it.”

6. “Everyone’s got some greatness in them. You do. The girl over there does. That guy on the left has some. But in order to really mine it, you have to own it. You have to grab hold of it. You have to believe it.”

8. “No one is meaner than a pack of human beings faced with someone who is different.”

9. “I really hate the word diversity. It suggests something…other. As if it is something…special. Or rare. Diversity! As if there’s something unusual about telling stories involving women and people of color and LGBTQ characters on TV.”

Year of Yes is out Tuesday November 10 from Simon & Schuster. Check it out if you need a little dose of wisdom from the woman who is creating tough, complex female characters and who made Thursday night TV look a little more like real life.