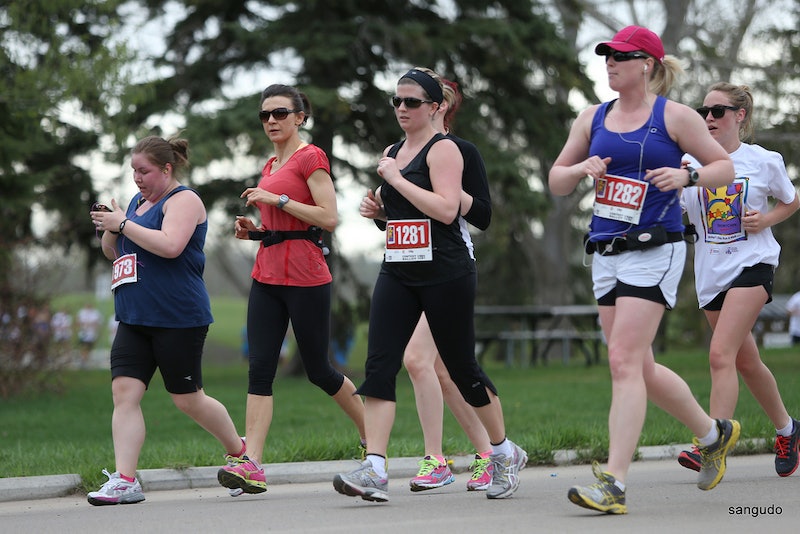 Weight is a direct function of willpower, the popular story goes. So if someone's overweight, they just need to control themselves, right? Wrong! Traci Mann, psychologist and author of Secrets From the Eating Lab: The Science of Weight Loss, the Myth of Willpower, and Why You Should Never Diet Again, told The New York Times Magazine that a number of studies have shown no correlation between willpower and eating habits or weight.

For example, in one study, participants filled out surveys measuring their self-control and then were offered but discouraged from eating chips. The ones who indicated more willpower on the survey were no less likely to eat the chips.

This research takes down the sizist assumption that fat people are lazy and weak-willed while thin people are strong and determined. It also squashes the belief that losing weight is just a matter of eating less. Dieting doesn't work, Mann explains, because your body is programmed to make up for whatever calories you lose. (Not to mention, the weight that's healthy for me is different from what's healthy for you, and a general sense of fitness and health is more important than the number.) This is why dieting has been referred to as a "hamster wheel" that sends people around in circles of withholding and binging.

However, willpower has been shown to influence certain aspects of our lives, such as academic performance. In a famous study, children's ability to resist marshmallows for an extended period of time was linked to higher SAT scores later on. While willpower, as measured by this experiment, accounted for about four percent of the later weight differences between the subjects, “the marshmallow test is eight times stronger in predicting SAT scores than predicting weight,” Mann said. (Though, in light of the chip study, maybe resistance of marshmallows is not the best measure of self-control? Mann doesn't address this inconsistency.)

Yet the belief that fitness is linked to willpower persists, and according to a recent study, people who believe in this connection are more likely to show prejudice toward others based on size. Other studies have shown that people are less likely to hire fat people or even to empathize when obese people are in pain. As "Let's Talk About Sex" vlogger Sarah Rae Vargas points out in the video below, perhaps the biggest health problem facing fat people is the damage that sizism does to their mental health.

Telling people who appear overweight "you should just eat less" or "why can't you control yourself?" is making their health worse, not better — and this misguided advice both misrepresents the realities of our biology and further shames an already dehumanized group.