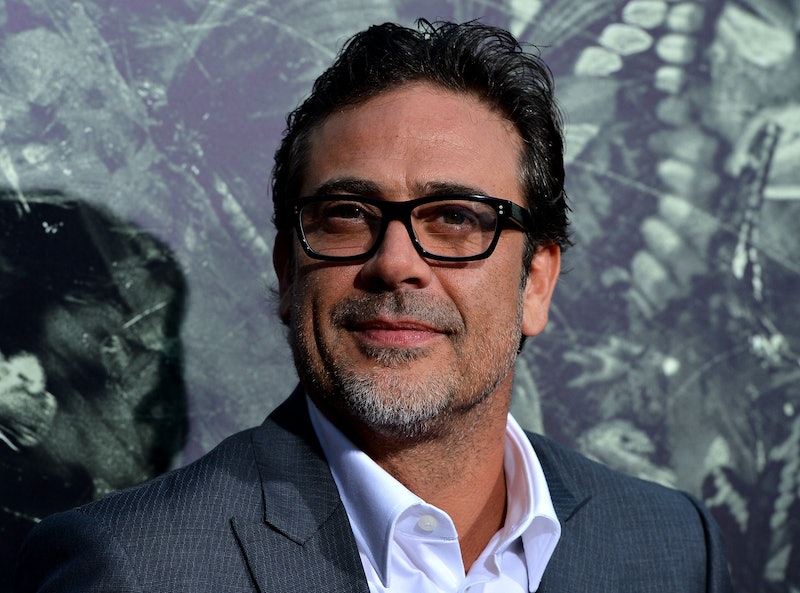 Simply amazing news this Tuesday. Jeffrey Dead Morgan joined the cast of The Walking Dead, and this is amazing news. One of my favorite people has joined the cast of one of the best shows on television right now? Sign me up. For fans this is simply too much to comprehend, and for people like me who occasionally need to take a break from the show to deal with all the fore and misery, it's just the encouragement I need to get back to the Ricktatorship. Morgan will reportedly play the show's newest villain, Negan. According to USA Today, Negan is the "biggest bad guy yet" that the show has seen. A character from The Walking Dead comic book series, he apparently leads a group called the Saviors. Fans are already speculating when Morgan might make his first appearance, but there's no official news on that yet from AMC.

With a recent stint on The Good Wife , it's almost possible to say that Morgan has been on every TV show, like, ever made. OK, not quite, but with completely memorable character arcs on shows like Grey's Anatomy, Weeds, and Supernatural, as well as smaller appearances in series like The O.C. and ER, Morgan has made a name for himself as a total TV stud muffin. I personally will never get over Denny Duquette, and, if his character in The Walking Dead is even a fraction as memorable, we're in for a treat. And a super important side note: Morgan is married to Hilarie Burton of One Tree Hill fame (she was Peyton!). Is this TV heaven, people? I think so!

TVLine report that Morgan is slated to "debut toward the end of the AMC hit’s current sixth season (in other words, sometime this spring), and then return in Season 7 as a (likely) series regular." Which is big news for the show, which continues to go from strength to strength, spawning spin offs and games on the regular. Casting someone as recognizable as Morgan in an ongoing role, as well as potentially stealing him from future The Good Wife duties, is a game changer. Knowing that Morgan will play a villain, too, ensures a shake-up of the current cast and some exciting plot development. Not that Morgan's averse to playing the bad guy. He went up against Mads Mikkelson's good guy in The Salvation and pulled off menacing really well.

Basically, Morgan can do no wrong, and I'm seriously considering getting me some zombie action again soon, because The Walking Dead just got interesting again.