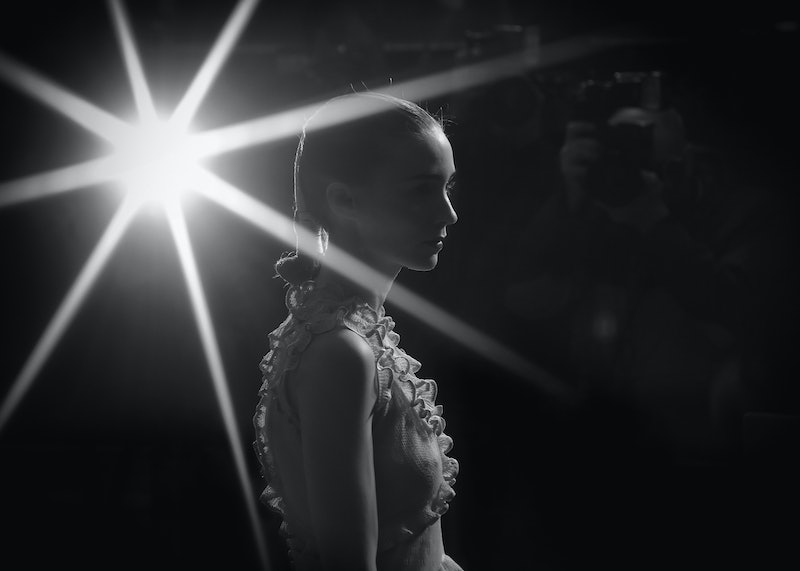 Sisters Rooney and Kate Mara aren't all that similar. They don't even look alike. That's why it's all the more uncanny that, when Rooney's new film Carol starts playing, her voice sounds just like that of her elder sister. That same slow, measured tone, at times a little nasal but never in a grating way; it could have emerged straight from Kate's mouth. But separated by just two years, and both actresses, they do have a couple key traits in common — primarily that they're both enormously talented, darkly good-looking women who've become staples of contemporary Hollywood. So how can you tell Kate and Rooney Mara apart?

Visually, it's not that hard. Career-wise, likewise. Yet somehow, it seems to be quite difficult for audiences at large to pinpoint exactly what it is that differentiates one blood relation from another. Here are a few ways they're similar: Both actresses, both in their thirties, both beautiful, both skilled at their jobs and critically acclaimed for their work. But the differences between any two people invariably outnumber their similarities, and this is true for Rooney and Kate just as much as it is for any other pair of humans on this blue planet. They share a name. That doesn't really complicate the situation.

She can rock a pixie cut like it's nobody's business. She began acting in 1997 with a bit part in Law & Order. She's more recognizable for her television work than her movies, though she's also had parts in Brokeback Mountain, Fantastic Four, and The Martian.

Though she initially resisted a career in acting, Rooney — born Patricia Rooney Mara — eventually decided to pursue film after she appeared in several movies during her undergraduate years at New York University. She, too, got a break in Law & Order (SVU, this time), before turning primarily to movies. She's had major roles in The Girl With the Dragon Tattoo and Her.

While Rooney has worked in film for the most part, and Kate has focused on recurring television roles, the exact nature of those parts has also diverged. Rooney is something of a chameleon on screen. She first worked with director David Fincher on The Social Network, playing a brief scene as the girlfriend of Mark Zuckerberg (Jesse Eisenberg). When it came time to cast The Girl With the Dragon Tattoo's Lisbeth Salander, Fincher told Vanity Fair he was essentially looking for the exact opposite of Mara's Social Network role, and yet somehow she was able to inhabit both parts. Kate has played a similarly diverse set of roles, but with the ability to slowly grow into them and develop the part over the course of several episodes or a season of television. Kate has an ability to play the everywoman in a way that Rooney, with her haunting expressions, might not be able to.

They Had Different Responses To Early Exposure To Theater

In the same story, Rooney told Vanity Fair that the sisters' mother introduced them to old movies and Broadway shows at an early age. This prompted Kate to begin acting professionally from age 12, though Rooney studied at George Washington University before transferring to NYU and eventually beginning her acting career at 19. And she hated it, until she received the script for The Social Network.

And They Approach Their Roles In Different Ways

During her work with Kevin Spacey on House of Cards, Kate praised his low-key demeanor on-set: "He wasn't Method acting at all when I was working with him. As soon as they say, 'Cut,' he's telling jokes," she said. "He's far less serious than he is on our show." She doesn't seem to have a particular mystique about the process of putting together the show. In contrast, Rooney is the one going full Method for the occasional part — for The Girl With the Dragon Tattoo, she actually got all of Lisbeth Salander's piercings, minus the facial piercings (that means ears, and nipple). And she showed up hungover to an audition to prove that she could "look strung out," according to Vanity Fair. But Rooney told The Guardian that she actually doesn't do anything in particular to prepare for a role, much as her Dragon Tattoo preparations were pored over extensively in the press prior to the film's release.

Their Public Personas Are Not Quite Alike

Kate has been known to occasionally poke fun at her own career — when Fantastic Four flopped, she told the Times that she had not even seen the movie yet, but that she'd love to reprise the role in "a movie that everybody loves." Rooney told The Guardian that she's "been guarded since I was about three years old." It's a bit of an intuitive leap, but Kate gives the impression of being more open and overt, while Rooney is cast as the darker, brooding one. At least, that's how Hollywood has interpreted their roles.

Though they have not really worked together on screen, Kate told Interview that the sisters "definitely want to work together in the future. We're being patient and waiting for the right thing to come along." Until they appear on screen together, it probably won't be too tough to distinguish between them.