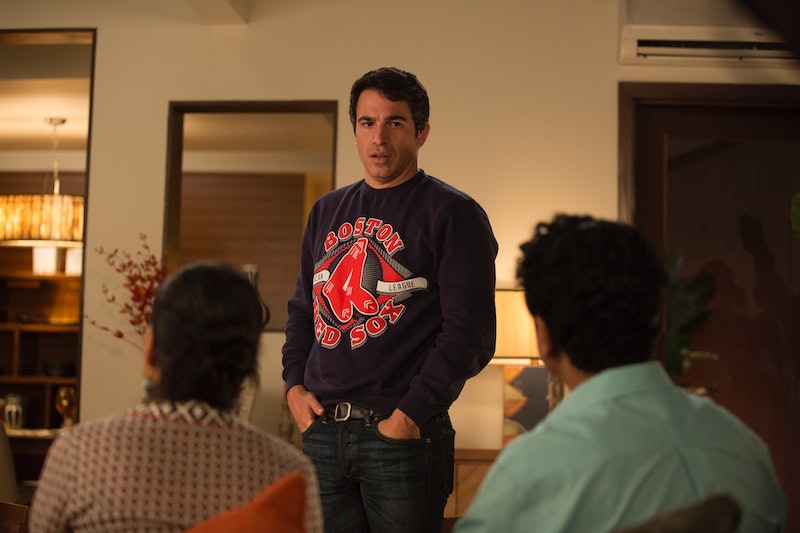 I love Mindy Kaling more than I do cheese — and I'm literally 75 percent cheese. She can do little wrong in my eyes, but I have a critique of The Mindy Project. What did you do with Danny? Chris Messina has been noticeably absent from recent episodes of The Mindy Project, and it's really starting to bum me out. Sure, we hear Danny's voice once in a while, but I want the real thing. So when is Danny returning to The Mindy Project ? Let's hope it is soon, because I think we can all use a little Danny and Mindy — together — in our lives.

When filming a TV show, schedules have to align. For the most part, fans of The Mindy Project have been lucky we haven't lost anyone yet. (Did you know Ike Barinholtz is in Suicide Squad? Can you imagine a world without Morgan Tookers?) But, there's a good chance that filming schedules overlapped a bit for Messina, since we haven't seen him since he went to California to visit his father who had a heart attack.

Messina is in quite a few upcoming films that could conflict with his current Mindy Project schedule. According to Ben Affleck — yes, that Ben Affleck — the film Live By Night , which Messina stars in, began filming at the end of October (thanks, Twitter). While that may seem recent, Kaling's Instagram suggests that they filmed the most recent episode of The Mindy Project , "Jody Kimball-Kinney Is My Husband", filmed just a few weeks ago. Exhibits A and B are all from Kaling's personal Instagram. Observe.

Because of that, it is very possible that one of the films Messina has been working on recently could be holding him back from physically appearing on The Mindy Project. I totally get that Messina has other projects he wants to focus attention on. I actually welcome it! More Messina for everyone! But the selfish human in me that secretly hopes that Hollywood will just do whatever I so please just wants Danny to be back beside Mindy. The Mindy/Danny relationship is one of the strongest relationships the show has created, and watching Kaling and Messina act beside each other is never not entertaining.

When Danny does return, it will be interesting to see what state he is in. He is going through a lot of family drama while in California, and I would think that would take a toll on him emotionally. Although, this is a comedy show, so we probably won't see a Danny that's too different than the one that left us. As long as he's still mad about distressed denim and people calling it a Bruce Springsteen concert (not Springsteen show), I'm happy.