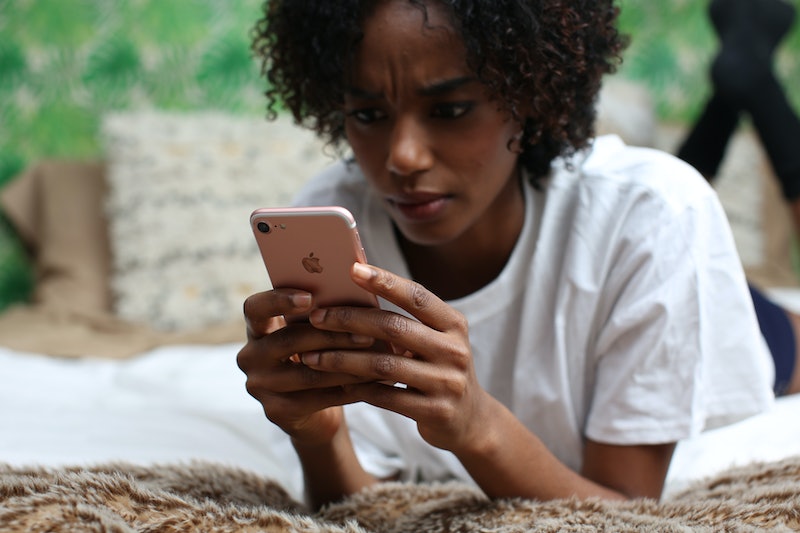 Have you ever fallen into a trending topic rabbit hole on Twitter? Where all of a sudden you're overcome with intense fury, or intense joy, or intense... something... about a topic that only a few minutes ago you couldn't have cared less about? Well, there's actually a scientific reason for that: A new study has revealed that Twitter emotions are contagious. Yep, like a virus. Exactly like that. But hey, at least te study also found that the positive emotions are more contagious than the negative ones, right?

Emilio Ferrara of the University of Southern California and Zeyao Yang of Indiana University, whose study was published the journal PLOS One last week, analyzed 3,800 randomly chosen Twitter users to see whether or not emotion tends to sprend on social media, and if so, how. They utilized an algorithm that determines the emotional value of tweets, and measured the ratio of positive, negative and neutral tweets on a user's feed. They then compared that ratio to the emotional value of the user's tweets. Surprise! Positive feeds produced positive tweets, and negative feeds produced negative tweets. The good news, though, was that positive vibes were way more contagious than negative ones — a fact that may play a role in the future of interventions.

So, yeah, the next time that you think that you're tweeting into the abyss, you're not — you're influencing someone else's mood. Don't be mean.

The study presents a new layer to the decades of studies which have determined the ability of face-to-face interactions to spread emotions. Turns out, it also applies to our virtual conversations as well.

But no matter how many positive tweeters you surround yourself with, multiple studies have also shown that people who spend more than two hours on social media a day have a higher susceptibility to depression. Though it may feel like you're interacting with other humans, browsing social media is an isolating activity, keeping you from engaging in self-care activities like grabbing drinks with a friend, exercising, and spending time outside.

Paradoxically, though, we are increasingly using social media to glaze over feelings of loneliness and isolation; studies have also shown that social media behaviors like oversharing might be indicative of our desire to connect with other people. The trouble, though, is that by avoiding spending time actually alone with ourselves, we tend to push aside real problems that need to be addressed.

So, hey, do yourself a favor and maybe take a little time off from Twitter. And Facebook and Instagram and Tumblr and Vine. Go outside. Chat with friends face-to-face. Trust me on this one.

More like this
This Psychological Effect Might Be Keeping You From Hitting Your Goals
By Lexi Inks
Behind The Hilarity Of The "POV: You Walk Into My Room" TikTok Trend
By Lexi Inks
Why TikTok Is Flooded With Controversial Videos About "Pick Me Girls"
By Courtney Young
How To Turn Off Night Mode On Your iPhone Camera
By Emma Carey
Get Even More From Bustle — Sign Up For The Newsletter