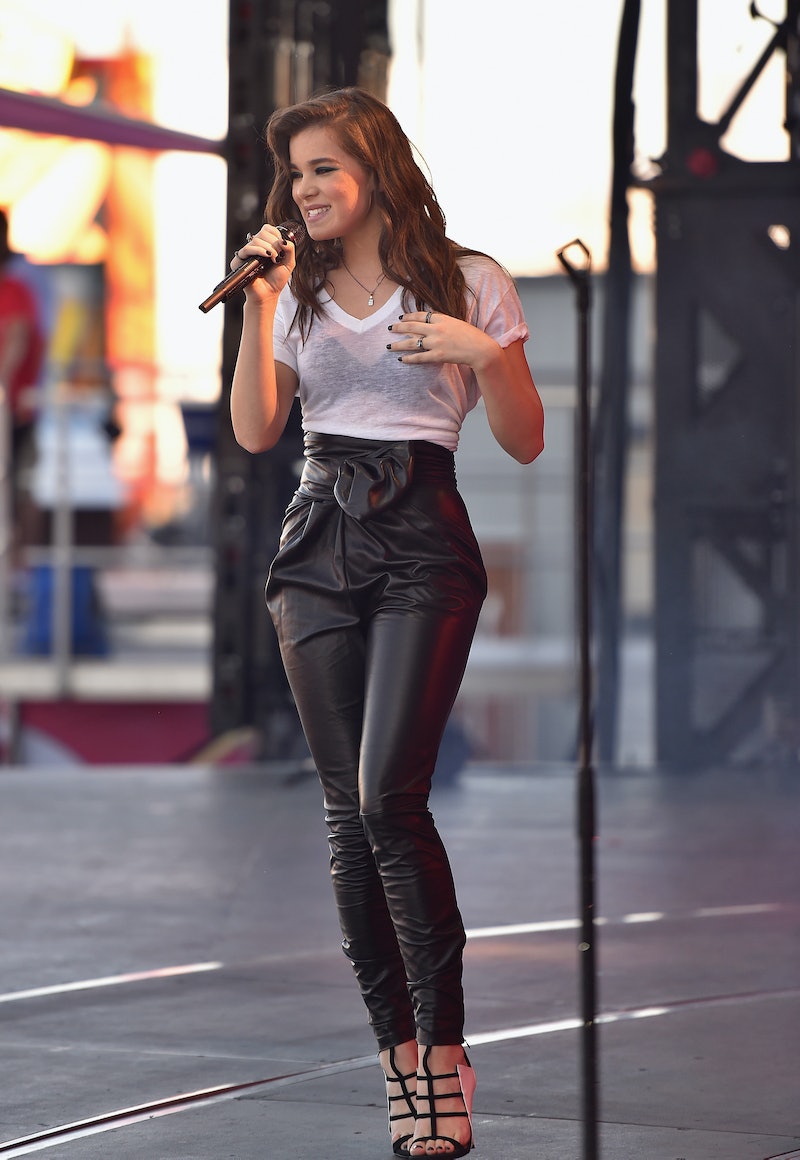 Friday is going to be a busy day for pop music. Not only are we to be gifted with a highly-anticipated comeback album from Justin Bieber and the last album from One Direction ever before their extended hiatus, we also get HAIZ, the debut EP from Hailee Steinfeld.

Steinfeld has already had quite the year. She showed off her singing chops last summer in the mega-hit Pitch Perfect 2, and appeared in her bud Taylor Swift's "Bad Blood" music video. It's only right that she end 2015 on an even higher note.

Even better: An official audio preview of the EP was released Tuesday, just to tease us all. The four-song sampler provided a good idea of what we can expect from the Oscar-nominated actress' first foray into music. Her anthemic single "Love Myself," was released back in August, and was on the Billboard Hot 100 Chart for a very impressive six weeks.

There's a lot to take away from the HAIZ sampler, even if it just gives us three minutes of listening. The four tracks ("Love Myself," "You're Such A," "Rock Bottom," and the awesomely titled "Hell No's and Headphones") vary in many ways, but all possess a girl power vibe that's sure to cause impromptu dance sessions.

Here are six things you can expect from the EP:

Steinfeld may only be 18, but she is not afraid to let her attitude shine through on this EP. Whether it's in the booming choruses of "Love Myself" and "You're Such A," or the quiet dissent she expresses on "Hell No's and Headphones," she's a girl who knows her own mind. Get on board or get out of the way — she's got things to do.

There's a lot of real stuff covered in these four songs. She tackles independence and self-empowerment in "Love Myself," the ups and downs of a relationship in "Rock Bottom," and feeling like an outsider in "Hell No's and Headphones." Steinfeld skipped over the frivolous, empty songs that can so often make up pop artist's early albums and went straight for the good stuff.

If the success of "Love Myself" is any indication, any one of her new songs could also be massively successful. Who knows, maybe Steinfeld will even follow in the steps of her superstar pal Taylor Swift and have multiple songs on the charts at once.

Who can help but feel anything but pumped after listening to "Love Myself"? It's down right anthemic. You don't need a man! You can love yourself! This feminist attitude continues throughout her three other songs. In "You're Such A," Steinfeld croons, "You're trying to put it back together/ 'Cause you see I'm doing better/ Without you now." Even the 60 second sample made me want to get up and dance around the room. Prepare to feel empowered.

While all the songs on this EP have their own distinct vibe musically or otherwise, they're all in touch with some powerful emotions.

So, there you have it: Whether you're upset with your significant other, feeling strong and confident, or mad that your friends dragged you to a lame party, HAIZ is there for you. Just give in and and feel it all.