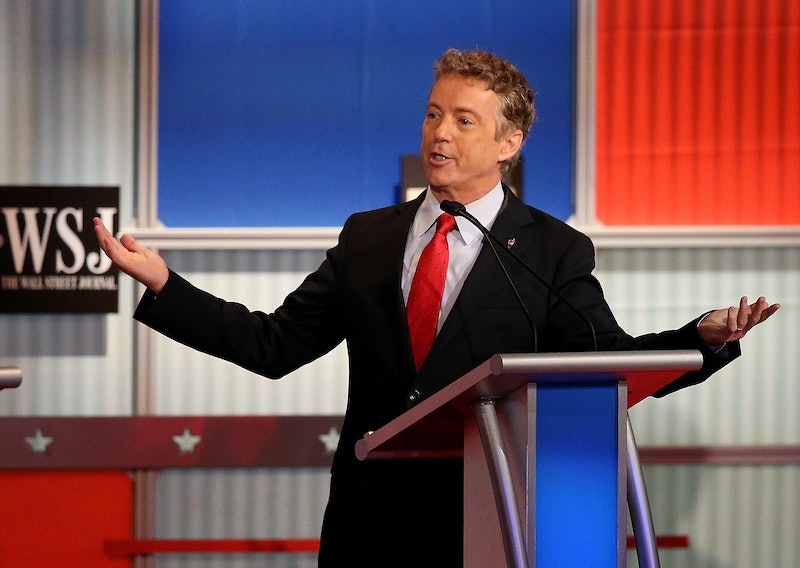 The primary focus of Tuesday night's fourth Republican presidential debate was economic policy. And when moderator Neil Cavuto turned a question to Rand Paul, the famously right-wing candidate was psyched to have a moment with the mic. "Thanks for including me in the tax debate," he said a bit snarkily after Cavuto asked if cutting taxes would "risk creating a near-term budget crisis just as your presidency would be beginning."

Paul said that when addressing the issue of taxes, "We have to ask the question 'Where is money best spent — in the private sector or in the government sector?'" He went on to discuss his well-documented views on the role of government, which is that, well, it shouldn't have much of a role at all.

"I want a government really really small. So small you can barely see it," he said. "So I want lower taxes, and much more money in the private sector."

While you might expect such a comment to yield a storm of "That's what she said!" jokes, apparently the people of Twitter are a little more mature than I am. That said, there was no shortage of people expressing their opinions on Paul's desire for an itty-bitty center of power in Washington.

OK, so maybe not everyone could help themselves ...

Glad I'm not the only one.