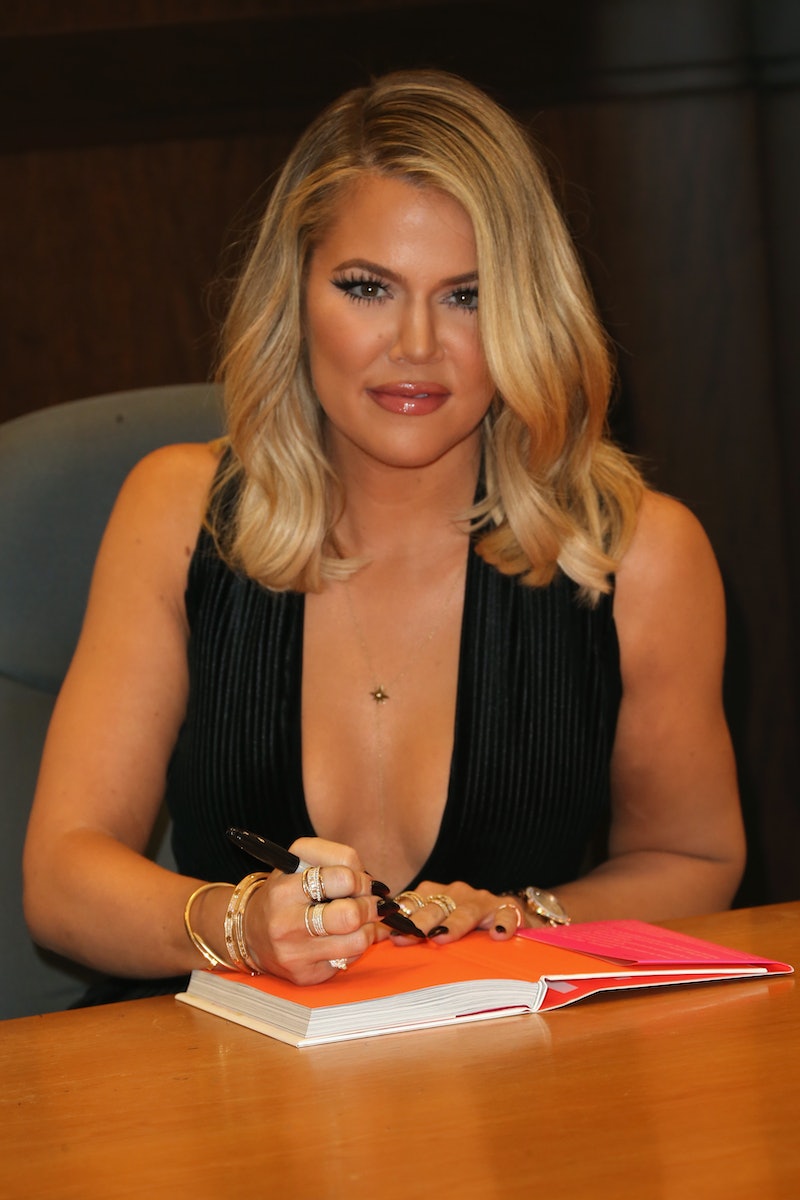 Lamar Odom might be out of the woods (are we allowed to use that phrase in a post-1989 world?), but that doesn't mean positive updates on his condition and recovery aren't welcome to his fans of him or of the Kardashians, or well-wishers in general. Thus, when Khloe Kardashian gave an update on Odom's condition Tuesday, revealing that he is "off all machines" and trying to "walk on his own," it comes as a relief to everyone invested in the recovery of the former basketball player. Kardashian has been loyally at Odom's side throughout his recovery. And although she has received scrutiny and criticism for her actions since, it's been clear that Kardashian still thinks of Odom as family, despite their ongoing divorce proceedings.

The fact that Kardashian sounds so pleased about Odom's recovery, and is at least secure enough in that recovery that she feels comfortable opening up to the world about it again, is really great. As she told Terri Seymour of Extra while promoting her new book Strong Looks Better Naked, "He’s definitely doing better, which is awesome. Every day is better. He’s off of all machines. He is alive on his own, and no machines are helping him, which is great. But he still has a lot of physical and cognitive therapy to go through, so it’s a long road for him ... It’s gonna be a long, long time. Every day is different. Some days he’s really strong, and some days he’s weaker than the day before, because it’s mentally draining — I’m sure — on him."

And that's quite understandable, considering the magnitude of the condition that Odom is recovering from. The world at large doesn't have all the information, of course (nor should we), but being found unresponsive in Nevada was a huge scare, and not to be taken lightly.

"He will try to learn to how to walk, so that is first," Kardashian went on to say. "When he can support himself on his own, or physically try to walk better on his own, or at least with an assistance, with like a walker, then he will probably leave the hospital and do a lot of cognitive and mental strengthening." So basically, it's a long, hard road from here on out for Odom. But he's doing better every day and he's getting stronger every day, and Kardashian, at least, feels confident that he'll pull through. Even better, though she has gotten back to her career, she is still there to support him and help him through this rough time, like the good friend and absolute boss that she is. From her words, fans can breathe a little easier, knowing that Odom has that support for his journey ahead.