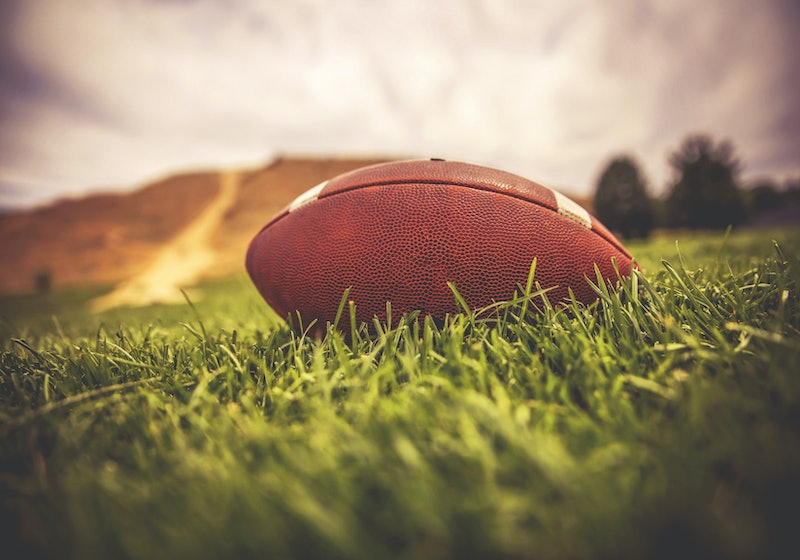 There are so many exciting things happening in the world of sports, including the fact that more and more girls are slowly making headway into the male-dominated world of football. For example: Sophie Dubreuil, an eighth grader on the East Lyme Vikings football team. Like many girls who play football, she's the only female football player on her team, but she doesn't let that stop her from getting just as physical as the boys.

Dubbed the "Gridiron Girl," Dubreuil has been playing football since age seven and is currently a member of the undefeated East Lyme Vikings football team in Connecticut. She also can tackle with the best of them. "A lot of people actually are afraid of her," a teammate told a local NBC affiliate. "They know she gives big hits, scores a lot of touch downs."

She's also been injured in the past and had to be carried off the field, but her parents, including her father who is the assistant coach for the Vikings, say they still support her in her desire to keep playing. "I just hope like every mom, every game, that they're just not going to get hurt," her mother told NBC. "You take a chance, but you take a chance with a lot of sports."

Even though football is one of the most popular sport for young athletes in the United States, it's still very rare to find a girl on a football team. In fact, girls make up less than one half of one percent of all high school football players. And even when girls do make the team, it's relatively unusual to find them in the more physical positions, actually making tackles themselves.

That's why it's always great to see girls like Dubreuil breaking down those barriers.

"She performs at a high level. It's not 'a girl who plays football.' This is a football player," her coach explained to NBC.

Sophie plans to focus on baseball and basketball next year once she moves to high school. So far this season she has scored six touchdowns. You can check out some footage of her tackling during practice below.