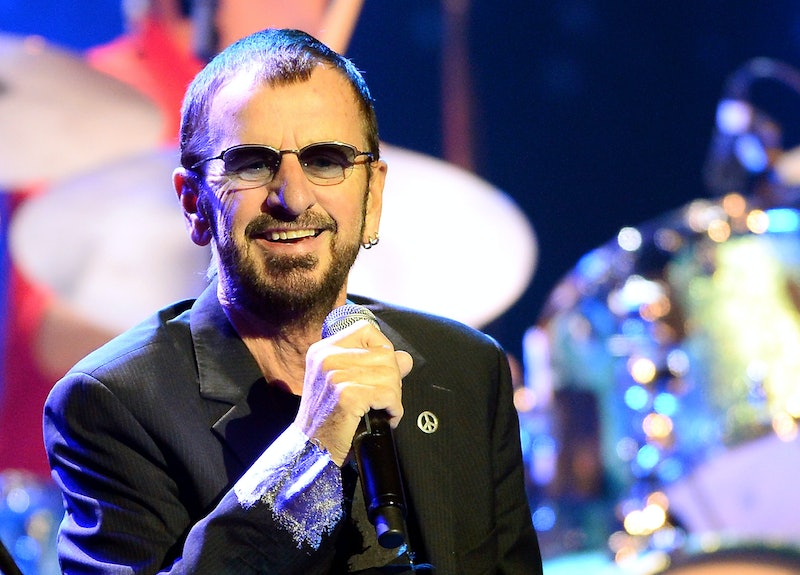 With the 50th anniversary of Beatlemania coming up in February, we almost want to travel back to an era when girls and boys alike screamed their lungs out for the most popular band of all time. Almost. Those fans have now aged considerably and half of the Beatles have passed away, but it's still an exciting season full of Beatle-themed events. Aside from the Grammy tribute featuring acts such as the Eurythmics, John Legend, and Alicia Keys, rumors have also surfaced of a possible partial Beatles reunion on Letterman.

But while we wait to find out whether Paul McCartney and Ringo Starr will grace The Late Show stage, we can rejoice for the time being with Starr's latest cameo. The drummer will appear on upcoming The Powerpuff Girls special "Dance Pantsed," the start of the new and redesigned revival of the Emmy award-winning cartoon which originally aired from 1999-2005. This announcement was pretty surprising when it was made back in December. However, that mild, initial shock is nothing compared to how you'll feel when you actually see the cameo. TV Guide managed to snag a clip of Ringo's musical number, "I Wish I Was a Powerpuff Girl."

No, you're not tripping on LSD, that actually happened. It's pretty awesome for anyone who wanted to see an animated Ringo in drag... he also showed off his voice-acting skills with his portrayal of the flamboyant Fibonacci Sequins (go ahead, soak in that amazing pun), a mathematician and magician. The special airs on Cartoon Network on Jan. 20 and the Grammy salute to the Beatles will air on Feb. 9 on CBS.

More like this
Kate Bush Revealed The Real Meaning Behind 'Running Up That Hill' Lyrics
By Darshita Goyal
Netflix Reveals First Look At Wednesday In The 'Addams Family' Spinoff Series
By Bustle Editors
Kenan & Kel Just Reunited At The 2022 Emmys & Twitter Is Overjoyed
By Grace Wehniainen
15 Offensive AF Jokes In 'Friends' That Really Aren't OK
By Tolly Wright, Bustle Editors and Meguire Hennes
Get Even More From Bustle — Sign Up For The Newsletter