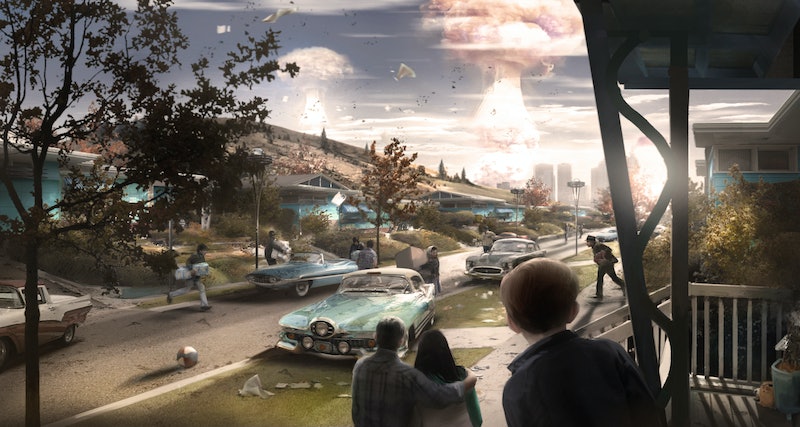 After its launch on Tuesday, Bethesda Game Studios' latest release smashed the Steam record set by Grand Theft Auto V for concurrent players, with 390,000 accounts trekking the wasteland. Now, it has endeared itself to book nerds everywhere, because Fallout 4 players must return overdue library books in order to fully complete the game. Be still, my bookish gamer heart!

Fallout 4 is set in a post-apocalyptic Boston, which has been destructed into a wasteland. To earn points, gamers search for items to pick up. Gamers know that low-value items abound in Bethesda's open-world RPGs, but the presence of gritty tomes called Overdue Books piqued some players' interests. Worth only two caps each, the books are everywhere, which may lead some wasteland explorers to leave them lying around in favor of more valuable loot.

Returning the Overdue Books to the Boston Public Library yields great rewards, however. Each book returned to the library earns the player a token, which may be cashed in at the library vending machine — yes, they have one! — for all manner of prizes.

Players looking to complete their magazine collections can save up 50 tokens and purchase Massachusetts Surgical Journal #8: a rare skill perk magazine that can only be found here. Each issue of the Massachusetts Surgical Journal increases players' inflicted limb damage by 2 percent, a skill Fallout fans know comes in handy when you need to quickly cripple an enemy's arm or leg.

If you want to journey through the virtual Boston wasteland and return some library books, let's talk on Twitter about what great post-apocalyptic book nerds we are.