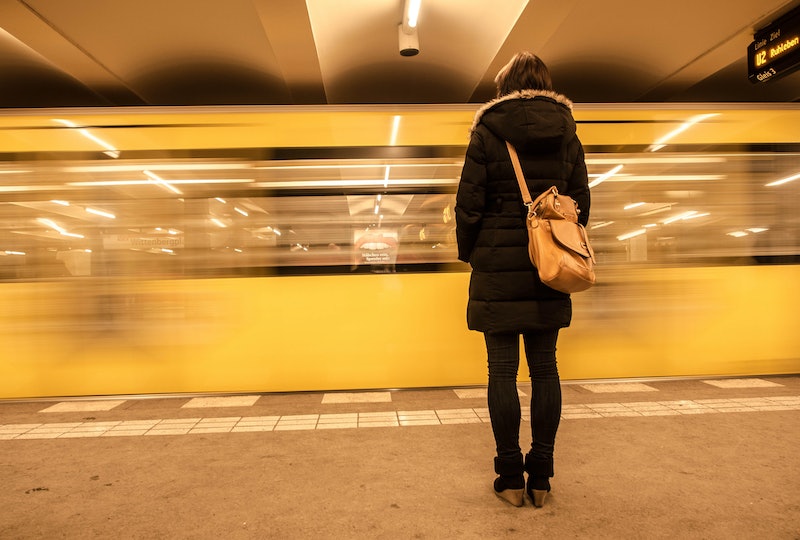 You know who doesn't really deserve your energy? Catcallers. They're like vampires who feed on how fly you look. That's why I never bother to think up a witty comeback to being catcalled while on the spot; why would I save my best material for the scum of the earth? To be honest, the only times I've ever responded to catcallers, it's just been to yell a very cosmopolitan and sophisticated "f*ck you!" at them. And, you know what? That's all they really deserve. In fact, if you're ever in a situation involving a catcaller where you don't feel safe, remember that you can just choose not to respond at all, and that's perfectly OK.

If you do want to respond, however, I think ultimately the trick is to have some good comebacks and a general no-f*cks-given attitude in hand on your way out the door, so you don't have to expend valuable mindspace on these creeps. That's why I put together a list of things you can say to respond to catcallers that are guaranteed to make them feel at least a little uncomfortable with what they said to you. Better yet, you could just laugh in their face and roll your eyes. I think, deep down, this is what all catcallers are secretly most afraid of: A woman making fun of them.

1. If someone tells you to smile, put on the creepiest grin you can.

I am a big believer in terrifying people who insist on condescending to you.

This is one that I didn't make up, obviously; it's one that already exists in culture. I do love comebacks that make you seem like a very expensive and glamorous person, though.

3. "Do you kiss your mother with that mouth?"

Love this old standard, too — it's both prim and assertive, which is just a funny response to catcalling to me. Plus one time I said this after a guy said something really crude to me, and he responded: "My mother is dead." And he looked really proud of that fact! Which to me is just hilariously revealing!

It can't ever work, right? But then why do they keep doing it? I like going into full-on detective mode for this one.

Though to be honest, I'm too afraid to ever do this because let's be real: Sexist men freak out in the presence of a self-confident woman.

6. Ask them to repeat themselves

Not just once. Make them say their comment again and again until they've embarrassed themselves.