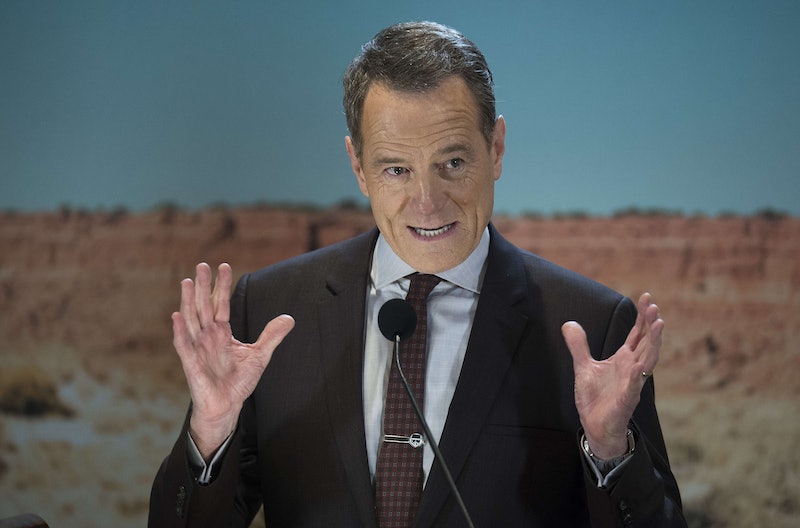 Tell me I’m not alone in this. You head to the movies, all set to see your favorite novel adapted into your new favorite movie. You buy your popcorn, you upgrade your soda, and you sit down smack dab in the center of the theater ready to be wowed. But then the movie starts, and it has already skipped over the first three chapters of the book, and somewhere in the middle an entire character is cut out, and that scene of internal dialogue that you loved is nowhere to be seen. By the end of the whole thing you feel robbed, like your favorite outfit was stolen from you and returned with the arms ripped off, the pants split in two, a big gaping hole cut into the middle. Meanwhile, you’re sitting there as credits roll and thinking, “What the heck did they just do to my favorite novel?” This, my friends, this disappointment right here is why I was relieved to hear that Bryan Cranston’s new film, Wakefield , is a movie based on a short story, not a full-length novel.

Because here’s the super obvious thing about turning a novel into a movie: Novels are really long. And not just the number of pages — novels, by nature, encompass multiple events, a protracted narrative, and usually a good deal of characters that take time to grow and get used to. And in a movie, there is little time to spare. Even the longest films clock in under three hours, whereas a novel takes most people weeks, even months to read in its entirety.

But, show me a short story that has been adapted into a film, and I will show you a satisfying viewing experience. Because here’s the super obvious thing about turning a short story into a movie: Short stories are really short. And even the ones that aren’t usually have enough compression of time or character to adapt fairly seamlessly into a two-hour film. Not to mention the setup of most short stories — single character starts out with some sort of struggle/need and through the course of events is somehow changed in the end — is pretty much the setup for every single one of your favorite movies.

In fact, some of the best films (and some of your favorites) have come straight from the pages of a short story collection, and you probably didn’t even know it. Just take a look at these super famous films that started out as short stories.

Holly Golightly goes a little differently in this novella by Truman Capote, but the writing is absolutely phenomenal. And the fact that the action is limited to one party and a few nights afterward makes this a perfect story to adapt to film.

This is a story that breaks the short story mold: The timeline of this movie, which is based on the story “Brokeback Mountain” by Annie Proulx, is long, but the fact that it focuses on two characters and their long love for each other helped to keep the story focused enough to adapt it into an award-winning film.

This film about two brother who fall in love with the Abbott sisters originally started out as a story by the same name and written by writer Sue Miller. This also happens to be the movie I watched on repeat as a teenager, because oh my God, Liv Tyler and Joaquin Pheonix are adorable.

I feel like this movie should be my sole evidence in the case for short story adaptations. Pretty much everybody’s favorite movie, this film started out as a short story by Stephen King: “Rita Hayworth and Shawshank Redemption.” The compression of space in this film — all the action is limited to a prison — works perfectly for a two-hour film. Had it been a long-form novel with a ton of backstory, it may not have worked so masterfully.

Seriously, who didn’t love this movie starring Robin Williams as the absent-minded professor? It started off as a short story by Samuel W. Taylor and was originally called “A Situation of Gravity.” (It’s also the story The Absent Minded Professor was based on.)

See what I mean? These award-winning films were so successful in part because of the amazing text they had to start from. Not having to disappoint audiences by cutting out entire scenes or characters, these movies scored big at the box office and with literature lovers everywhere.