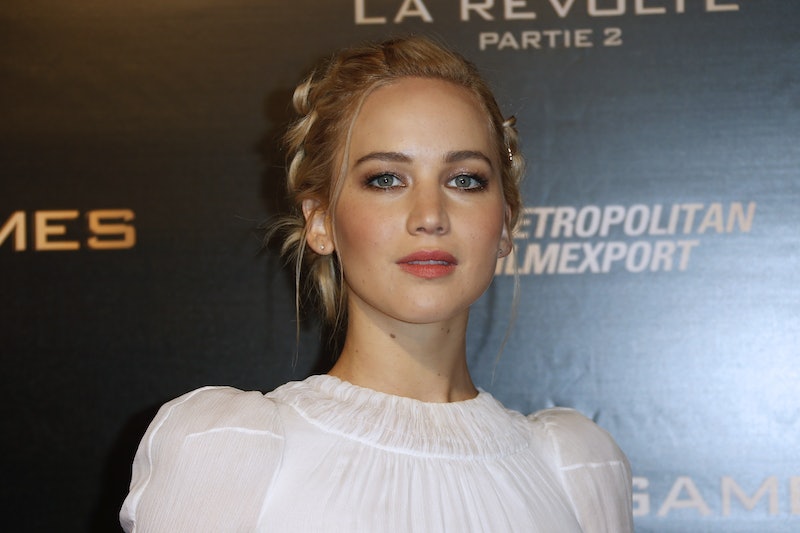 If there's one woman in Hollywood that I look up to, it has to be Jennifer Lawrence. Not only is she hilarious and down-to-earth despite her monumental levels of success, but she also happens to be incredibly talented and outspoken in demanding the very best from those she works with in the industry. At only 25 years of age, she's wise way beyond her years and has accomplished what so many millions only dream of, and she deserves every bit of it. She's finally reached a point in her career in which she can afford to be choosy, and that's exactly what she plans to do. Lawrence is in complete control of her career, and, honestly, it's inspirational.

In a new interview with Vogue, Lawrence revealed that now that she's finished with her work on The Hunger Games, her schedule has opened up a bit and she's in a position where she's not contractually bound to any projects. It's a time of great potential, because it's up to Lawrence herself which movies she stars in, and she won't just go for anything. Her decisions are well-thought out and part of a larger body of work she hopes will last forever — and that's got to be a fantastic feeling.

"Now it’s a lot harder. I’ve got to fill up my year with things that are all 100 percent my decisions. It doesn’t feel like I’m being towed behind something anymore. It feels like I’m towing it."

Lawrence has already signed on for two big films — Steven Spielberg's It’s What I Do: A Photographer’s Life of Love and War and a currently untitled Darren Aronofsky movie — and will likely be cast in plenty more over the coming months and years, and good for her. Getting to her level of fame is rare, but it allows the actress a rare opportunity to really build a body of work that means something rather than a smattering of movies chosen just to pay the bills (not that there's anything wrong with it, but I think it's safe to say that's not why any actor gets into the business).

In many ways, it has to be terrifying to be out in open water the way Lawrence is now. Instead of shooting movies that she's contractually obligated to complete (The Hunger Games) or that she feels she should in order to widen her profile, she's able to really play around with different projects and discover more about her own tastes as an actress and what facets of life and humanity she wants to delve into. There's always the fear that she could make the wrong choice, but, more than that, there's the excitement at paving your own path and becoming a bit of a trailblazer, and that's certainly the case for Lawrence in Hollywood.

Whatever she comes up with next, one thing's for sure: Lawrence's career is only going to get bigger and better, and she'll no doubt become one of the defining and long-lasting actresses of her generation (and she kind of is already). I don't know about you, but I can't wait to see where she'll go from here, because it's going to be incredible.