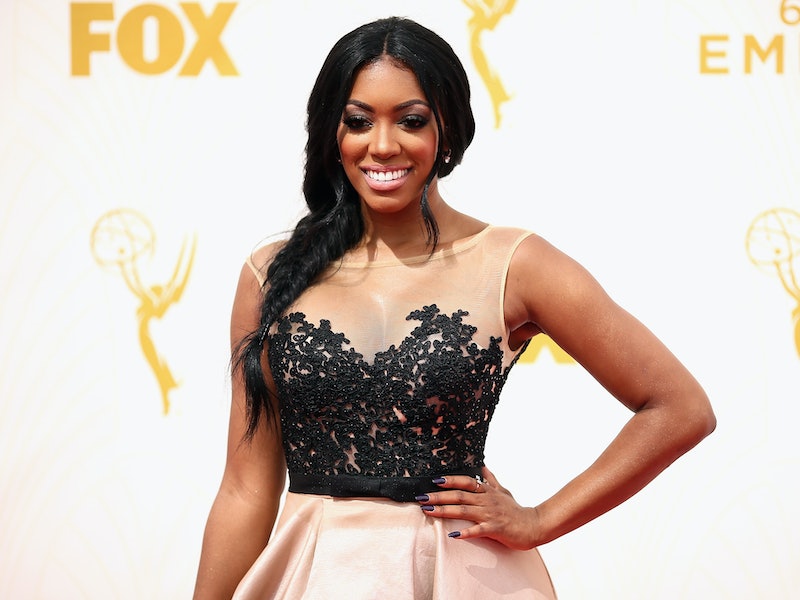 With a new season of The Real Housewives of Atlanta comes new faces, new drama, and new romances. For example, during last Sunday's premiere, Porsha Williams introduced her new man, NFL player Duke Williams. Duke is a bit younger than her (get it, Porsha), and they apparently met via Instagram, because it's 2015. Fans watched as the two couldn't keep their hands off one another, but what about today? Are Porsha Williams and Duke Williams still dating?

To get straight to the point: nope. That's right, Porsha and her man are no longer together. Well, that didn't last long. In September, during an interview with Dish Nation, the 34-year-old revealed that the two had split. With that said, it doesn't sound like things ended on bad terms, but that was just the right choice based on the fact that they live in separate cities. With Porsha living in Atlanta and Duke in New York playing for the Buffalo Bills, that could put a lot of strain on a relationship.

Despite the two going their separate ways, it looks like RHOA viewers will be seeing even more of the 25-year-old football player throughout the current season. Maybe the show will give even more insight into their relationship.

Whatever the case, based on Porsha's Instagram, she looks happier than ever and is working on keeping herself healthy and fit.

As much as I'm sure she wants to find love again, it's great to see her focusing on herself. I'm sure sooner rather than later the "right" one will walk into her life.