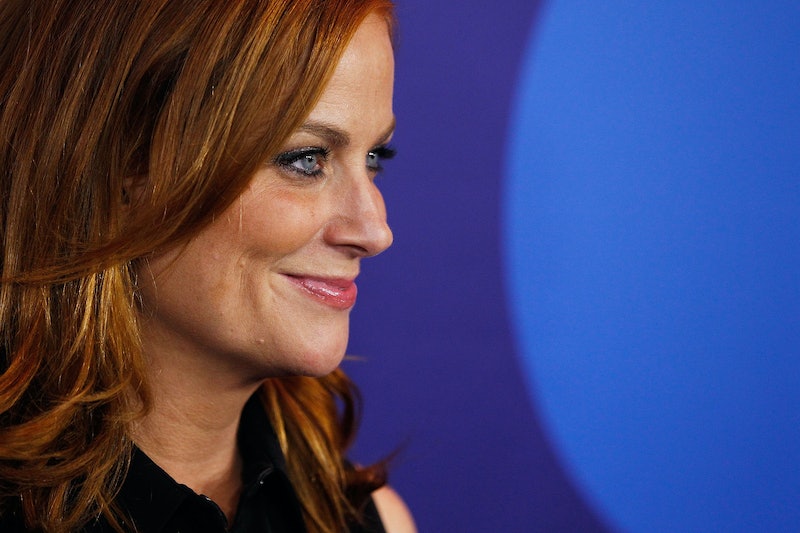 I thought that it was impossible to love Amy Poehler any more than when she co-founded Smart Girls, an organization dedicated "to helping young people cultivate their authentic selves," but I was wrong. Now, Poehler and the other brilliant minds over at Smart Girls have given us even more to love. They're launching a series geared more toward grown-up girls. The new Smart Girls web show, She Said , will feature comedians Cameron Esposito and Rhea Butcher and is slated as "a space where women talk about stuff." In an exclusive clip from the show, which premieres Nov. 16, Esposito and Butcher (who are engaged) talk about things like getting their first periods and where your cervix are located.

If you're unfamiliar, Smart Girls is a website that showcases funny and empowering content for kids of all ages, but mostly young girls. In addition to the site, Smart Girls has several web shows and a YouTube channel that often features Poehler herself doling out life advice. (My personal favorite is one where she's sitting in a bathtub talking about not letting stress effect your sleep. Watch it. It's truly a gem.) I don't care how old you are. Who wouldn't want some guidance from Queen Poehler?

To be honest, I've never been much of web series watcher. While I'll tune into an occasional episode to get makeup tips or learn how to make a killer salsa recipe, I've never found a show that I felt really applied to me. Which isn't to say that there are no other web series that focus on women's interests. There are tons of great ones. Let us not forget that Broad City started as a web show. (And made it to Comedy Central, in large part because Amy Poehler signed on to produce. Poehler is seriously the best.) But a weekly talk show for ladies by ladies and about ladies' issues? I'm so in.

With many Americans clamoring for things like a female late night host and a woman on the $10 bill, an Internet talk show hosted by women may seem like a small step, but it is a step in the right direction. It's one more platform to talk about women's interests and issues. Smart Girls says that it wants to encourage girls to change the world by being themselves. It seems like Esposito and Butcher are committed to that goal too, and I can't wait to watch them get started.