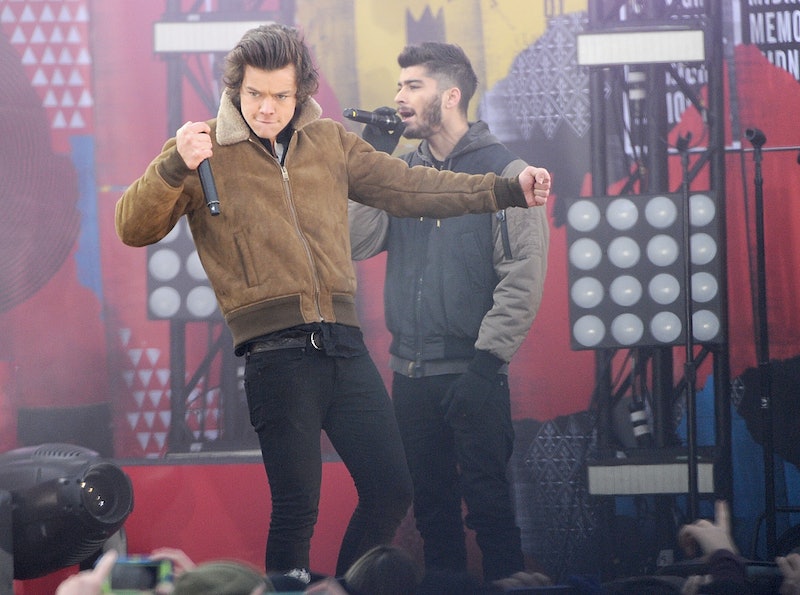 One Direction is on the eve of releasing their latest (and possibly last) album Made In The A.M. , and hearts have been breaking ever since they announced their upcoming hiatus. Throughout the span of their career, the 1D boys have captured the hearts of millions of people around the globe, not only for their music and dashing good looks, but for the relationships that they formed with each other within the group. Us fans all love the special moments between the members, but ever since Zayn Malik left the group, the chemistry seems to have changed. Now that Malik is out of the band and 1D is releasing an album without him, I wonder if Harry Styles and Zayn Malik are still friends?

Probably the biggest shipping community when it comes to the group is that of Styles and Louis Tomlinson, which has spawned some pretty ridiculous fan theories. Actually, come to think of it, almost every member apparently has a love connection with Styles, because he's just so charming, and his and Malik's friendship was no exception. Since Malik has been out of the group, the boys have been very careful in how they speak about him leaving, but I can't help but be curious about what their relationships are like now. I hope that Malik and Styles (aka Zarry) are still good friends, so I went to look for any evidence about their friendship in the hopes that they're still buddies.

Since the beginning of One Direction, Styles and Malik have shared a very close relationship. Back in 2012, Malik shared with The Mirror of his protective dynamic with Styles, who is the youngest of the band, saying,

He is the baby of the group but people seem to forget that because of the way that he is and that he is so charming... So it is a little bit upsetting sometimes if you see him with the weight of the world on his shoulders. It does annoy us a bit. He’s a young kid and people are just giving him grief for no reason.”

Awww, he really loved him. After Malik left the group earlier this year, the boys remained very coy about their feelings in the aftermath. Styles was one of the first of the group to "break his silence" in an interview with Entertainment Weekly, in which he remained very positive, as expected. He said of their upcoming U.S. summer tour,

The only changes have been that the parts Zayn sang have been picked up by different people. Other than that, the shows have been going absolutely great... The fans have shown, as they have a million times, that they’re incredible and so supportive.

So, at least publicly Styles doesn't have too many hard feelings against his former bandmate. In July, a young fan met the boys backstage and made a comment that Malik wasn't there, and Styles was quick to reply, "Don't remind us!" The interaction was caught on the video below:

Now that their album is about to be released, questions have been asked of One Direction when it comes to their music post-Zayn. Styles just opened up to People magazine about making their newest album, saying,

Obviously when you get the finished product, a voice that was there before isn't there anymore, so obviously that's different... But we set out to make a record that we felt is our best one, and we really have been really proud of the fact that we feel like we've done that.

Once again, it sounds like Styles has taken the high road and refuses to let the departure get to him.

Even though Tomlinson and Malik had a public Twitter spat earlier this year, Liam Payne seems to have the same outlook as Styles. During an appearance on Good Morning Britain , Payne said,

Everyone's come out fine from it, thanks to our beautiful fans. He's off doing what he loves as well... Both parties are winners in the end of a disaster of a situation. So, it's all good.

Although it doesn't seem like Styles and Malik are friends like they used to be, I still think that there will be time to salvage the friendship that they once had. Once the boys go on their much needed hiatus after releasing Made in the A.M., it might be the best time for them to reconnect at a different point in their lives, and us fans all look forward to it because Zarry must live on!