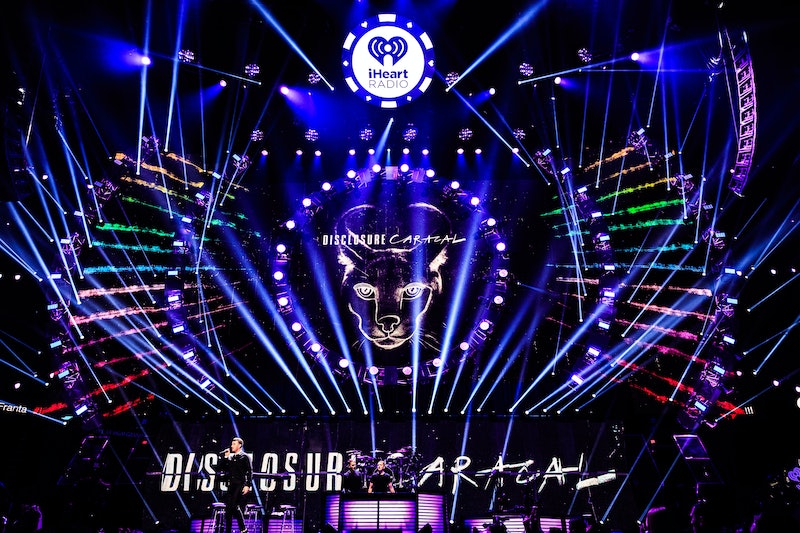 Saturday's new episode of Saturday Night Live features a first for both the host and the musical guest. Hunger Games star Elizabeth Banks will take over the show on Saturday for the first time, along with Disclosure, who is set as the SNL musical guest. But Disclosure isn't showing up alone — the duo is bringing two dates. But if you're left looking for more Disclosure after their performance on SNL, don't worry — we've got your Disclosure fix taken care of.

Back in October, when Banks announced she would be hosting with Disclosure as the musical guest, the group responded to the actress' tweet saying that they would be bringing Lorde and Sam Smith with them to the show. This will be Lorde's first time performing and Sam Smith's second time on the 41 season show. Disclosure currently has two hits with each performer, "Magnets" and "Omen," respectively.

Disclosure — who recently released their album Caracal — just finished up a nationwide tour, ending in New York City the Saturday of their performance on SNL. Unfortunately for stateside fans, the group will be jetting off to Europe for a European tour after Thanksgiving, which might make it difficult to see them live if you missed a stop near your hometown over the past few months. There isn't any news about performances in the United States after their European tour ends in February, yet, but that doesn't mean they won't be returning.

"Nocturnal" is on Disclosure's Caracal album, and features The Weeknd.

Also from the Caracal album (and the same concert performance), Disclosure performs "Echoes."

Here is Disclosure performing their new single "Holding On" with Gregory Porter, live, for the very first time at the Wild Life Festival.

In honor of Sam Smith joining Disclosure on Saturday Night Live, here is the singer performing "Latch" with the group.

For more information on Disclosure's tour dates, check out their website. Until they're back in the U.S. I'll just be watching "Latch" over and over and over again.