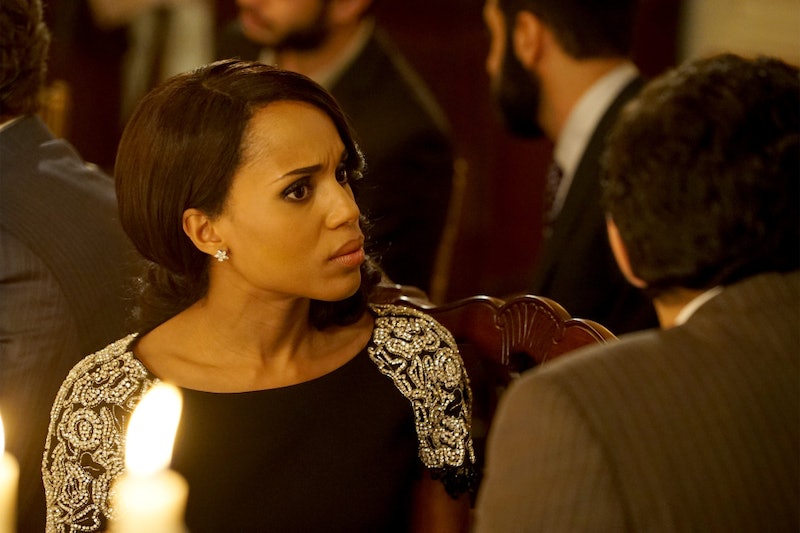 It's official: Rowan is the scariest guy on Scandal — and on TV in general. Now that we know that he's walking free, he's obviously a huge threat, especially to Olivia. It's probable that he's the guy who killed Jake's secret wife, Elise, and thanks to the past four seasons, it's not exactly a secret that he's capable of just about everything. But what if he's not the bad guy? Rowan pulled Olivia in for a secret meeting on Scandal , and there might be more to his current situation than we know.

At first, he tries to convince Olivia that he's a changed man. He's not "the devil," he says — he's out of B613, and someone else is the leader... someone more dangerous. He gives this whole speech about how his own men have turned against him, and that now, he's powerless and the people in the driver's seat can do far more damage than he could ever do. And it's all very scary, but how much of what Rowan says is actually the truth? He's been to known to lie (and do a lot worse) to get what he wants in the past.

So he makes her a deal: As long as he's still living, he'll protect her from the danger of these people. He seems to feel like his death is imminent, and says a lot of things you'd think a normal, non-Rowan Pope dad would say to his daughter, that he's proud of her and wants the best for her. And now, Olivia is left with the unpleasant task of figuring out if he's actually being legit or trying to save his own butt.

It gets worse, though. Cyrus and David are in secret cahoots. The FBI is trying to track Rowan down to have him killed, and now, Olivia has the misfortune of trying to decide what happens next.