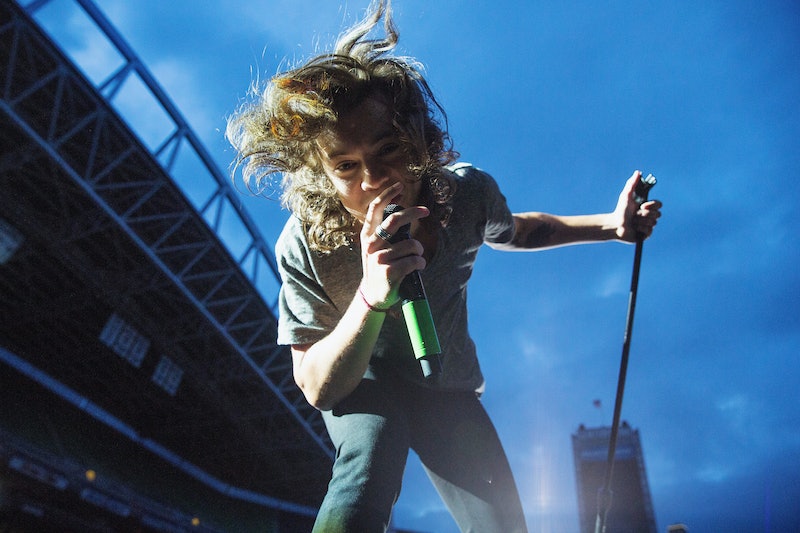 In the realm of things that aren't surprising in the slightest, the Directioner fans appear to have broken Twitter. No, really. If you checked out the Twitter trends on Friday morning, you might notice that One Direction fans are trending #MadeaInTheAM on the site in honor of the release of the band's latest album, Made In The A.M. — and I'll give you a couple of minutes to figure out what's wrong with that. If you think that the fandom just can't spell, then you'd think wrong. According to them, the hash tag is on purpose, because Directioners crashed the #MadeInTheAM tag. I mean, don't get me wrong, it's definitely more hilarious to think that the poor darlings are so excited about the new music that they can't even be bothered to spell the album title correctly before they trend it worldwide, but this explanation is just as good if not better.

A simple dip into the hashtag will unveil tons of tweets explaining the typo, as if the fandom was acutely aware that this would be the question that people would be asking them all day. Quite honestly, I didn't even know it was possible to flood a hashtag with so many tweets at once that the hashtag gets deleted, but, if any fandom were capable of such a thing, then I absolutely believe that the One Direction fandom would be the ones to achieve that honor. It seems to amuse them more than anything else.

If you're still confused, however, don't feel alone. There are even other One Direction fans who don't understand why the fandom used their intense trending power to trend a hashtag with a typo in it, a reasonable question.

But, luckily, the fandom is supportive enough to clue other members of the fandom into what's happening so they're all on the same page here.

And, of course, the typo in their hashtag is absolutely not affecting their enjoyment of the album, which has been causing a flood of tears and screaming since its release onto iTunes and Spotify. Whether you're a Directioner or not, Made In The A.M., being the band's final pre-hiatus album, is likely to have you feeling some type of way... even if that way is wanting to take a red pen to a Twitter hashtag.