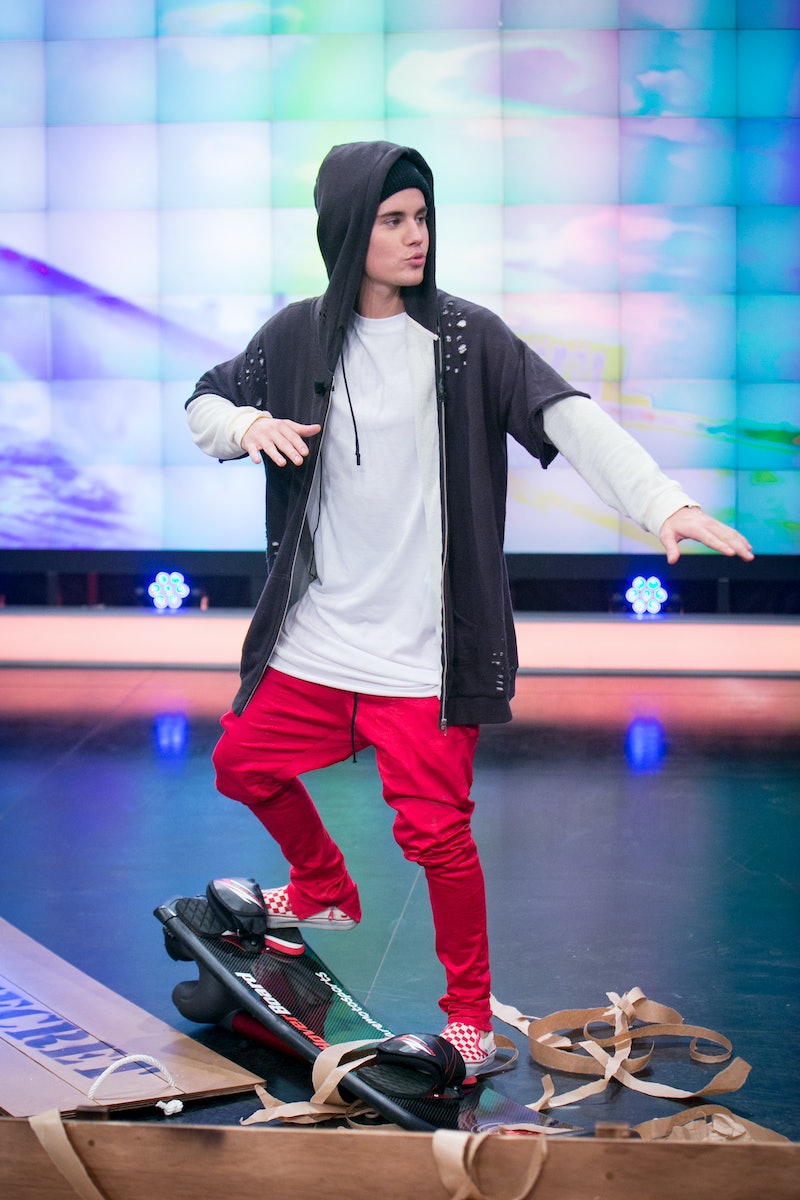 An epic day for the internet and the world this Friday: Justin Bieber's album, Purpose , finally dropped, and the excitement is literally too much to take. Beliebers have been waiting for this moment a lonnnnnnnggggggg time, and even an ordinary citizen like me, who's never really gotten excited about the Biebz before, has been looking forward to more of his new music. We're truly in a new era of Bieber, one in which he's redeemed himself for his sins or, y'know, moments of public disgrace and embarrassment. He truly has managed the unimaginable: Justin Bieber has reinvented himself. And this is a great thing for everyone, especially everyone who loves Justin Bieber Purpose memes as much as I do.

Twitter is a majorly fun place to be in the wake of the release of Purpose . Not only does using the hastag Purpose place a strange, yet special, symbol in your tweet ("What Do U Mean?" Biebz pls tell us), fans are making use of gifs and memes to pay tribute to this most important time in all our lives. The response to Bieber's new album is huge, and is only growing the more invested in Purpose listeners get. Seeing the support the Beliebers give their king is too cute, and will give you all the feels. Here are some of the best memes to celebrate as much as the fandom is celebrating as we speak.

Beliebers have wasted no time in suggesting that Purpose deserves ALL the awards.

2. Listening to Purpose Is A Transformative Experience

Apparently, it can take the hair right off your head. You have been warned.

Purpose is better than everything that ever existed. That's the message I'm getting, anyway.

4. Bad News For One Direction Fans

1D might be going on hiatus, but Bieber is blowing up.

5. There Is Intense Crying

Like, seriously difficult to cope. This just about sums up the overwhelming feels Purpose has had on people.

7. It's Very Difficult To Cope

Best have a lie down and recover.

8. Even The Pope Is Into It

I'm definitely not crying right now. It's the microphone, OK?

There sure are a lot of amazing Leonardo DiCaprio gifs in the world, aren't there?

Fans of One Direction and Justin Bieber are battling it out to decide whose album is best. Not a fight I'd like to be in the middle of.

13. All The Rivalries Are Real

The Biebs is slaying right now, and the fans are pretty smug about it.

14. It's The Most Wonderful Time Of The Year

15. Even Kendall Jenner Is On Board

In gif form anyway, but I'm pretty sure she loves Purpose.

16. The King Is Definitely Back

17. It's A Totally Religious Experience

Being a Belieber ain't for play! They take their worship very seriously.

18. Beliebers Have A Dress Code

This is definitely, without a doubt, the best dressed Belieber the world has ever known.

I don't think I've ever felt this excited in my entire life.

20. Their Support Is Totally Heartwarming

Beliebers really have Justin Bieber's back, and messages of support like this one make my stone heart want to crumble.

21. Purpose Has An Important Message

22. It's Never Too Soon To Know All The Lyrics

Some people learned all the album's lyrics already. ALREADY. That is quite simply amazing.

23. I Think It's Pretty Clear Justin Bieber Should Just Take My Money Now

Take all the money, and take it right now.

24. Finally, A Simple Yet Important Reminder

The best part of all this is that this is just a small sampling of the many different, hilarious ways fans are coming up with to celebrate Purpose's album release date. If you weren't already excited, maybe it's time to open up photoshop and stick Bieber into even more hilarious pop culture scenarios and references. We might just make a Belieber out of you yet.