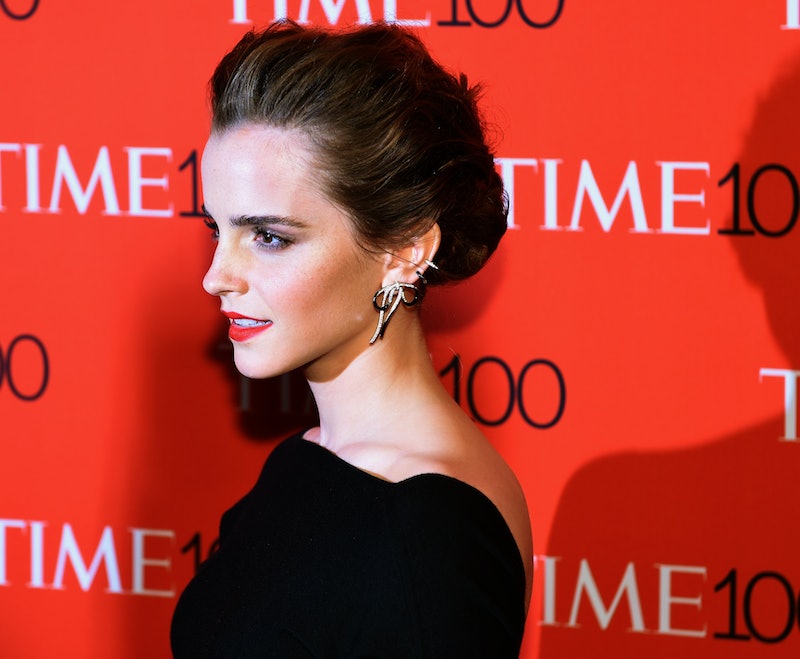 In a perhaps not-so-surprising turn of events, Emma Watson disliked Hermione's hair in Harry Potter and The Sorcerer's Stone. "When I see the images again from the first Harry Potter," she revealed to Vogue Italia in a recent interview (in Italian — thank you for translating, Time), "I immediately think how bad my hair was." Well, yes. But as someone who was a greasy-haired pubescent at the time of the movie's release, that's exactly what I liked about Hermione.

Fortunately for Watson, Hermione's appearance evolved over the course of the series from said "ugly" hair to the long, tousled waves she sported in the final film, Harry Potter and the Deathly Hallows, so she didn't have to embrace Hermione's characteristic frizz for more than a few years. After being contractually obligated not to cut her hair for the decade she played Hermione, Watson has leaped at the chance to sport various styles. Remember the pixie cut she adopted after Harry Potter wrapped? Watson was well ahead of a trend: that was 2010, three years before Jennifer Lawrence chopped off her hair and practically all of Hollywood followed suit. And just recently Watson came to the dark side, modeling dramatic brown locks for a photo shoot with Vogue Italia.

Watson (and her hair) have moved on from their days as Hermione, so let's take a moment to appreciate how far she's come since the series ended.

Watson surprised everyone with her short crop at the premier of Harry Potter And The Deathly Hallows: Part I.

2. Growing Out The Pixie

Watson took her hair lighter as she began the process of growing out her crop. Has anybody noticed that the first step after getting a pixie always seems to be growing out the pixie?

This sleek style is the antithesis of Hermione's bushy locks.

Pretty and casual, Watson looks put-together and classic in this loose bouffant.

Seemingly sleek and simple when viewed from the front, this style offers tons of intricate detail in the back.

This collarbone-skimming look is totally on-trend.

Finally, some texture! One thing I've learned from looking through photos of Watson throughout the years is that she seems averse to the idea of having any flyaways ever, which has resulted in her sticking to straight, sleek styles. Aside from embracing a loose, textured wave here, Watson added honey highlights to brighten up her lob. The result? Gorgeous.