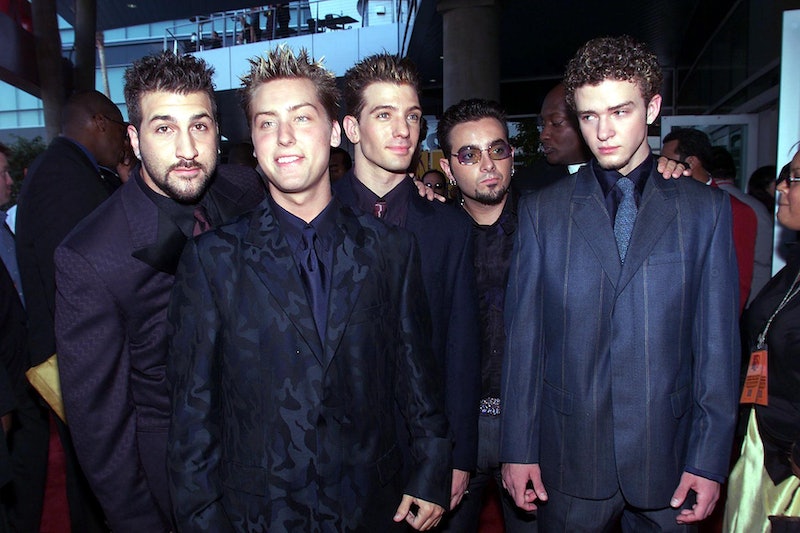 For most people, hearing "Christmas Songs" and "'90s" in the same sentence together means one thing and one thing only: Mariah Carey's "All I Want For Christmas Is You". And yeah, that song is a total juggernaut of a festive musical treat (d'uh!), but it isn't the absolute of all '90s Christmas hits. As any '90s kid will tell you, we were spoiled for choice when it came to Christmas music back then. The obligatory Christmas album or song was the benchmark for pop bands to truly declare to the world that they were were somebody in music and as such these musical moments have become our own benchmarks for nostalgia.

The problem is though, unless you were a kid during the '90s then the odds are pretty limited that you're going to even know that half of these songs even exist, never mind actually enjoy them. Not every song can measure up to Mariah, but that doesn't make them any less important to the Christmas experience. Here are 13 of those songs that only '90s kids could love.

The essential Christmas album of any self respecting *NSYNC fan, this title song was the reigning slow dance number of many a years worth of Christmas dances at high schools across the country. Cue many a disappointed pre-teen crying their way home because their dance partner just didn't measure up to the legend of Justin Timberlake.

There are three factors which truly define how amazing this song is:

1. It's on the Home Alone 2: Lost In New York soundtrack

3. I still can't tell if it's supposed to be a remixed re-imagining of The Ronettes' "Sleigh Ride" or simply a tribute to it with a sly sample involved. Either way, some might call that sacrilege but all '90s kids know that it's actually total genius.

3. The Flaming Lips — "Christmas At The Zoo"

Clearly the most offbeat of the bunch, this is the song that your friend's cool older sister probably put on in the middle of all your boy band Christmas tunes. It's also completely bonkers and 100 percent adorable. Listen to it immediately, I promise that you'll love it.

4. Hanson — "Everybody Knows The Claus"

From Snowed In, an album which my family probably remembers as torturing them with incessantly repeated plays throughout the Christmas of '97, Hanson's "Everybody Knows The Claus" feels like a song that you already knew long before they sang it, except it's actually one of their own original compositions, which is pretty impressive. Listen back and relive that massive crush you once held for Taylor Hanson.

I remember feeling very conflicted about this song as a kid. On the one hand you have No Doubt covering The Vandals' ska take on "Joy To The World" but on the other, what's with the lack of snow and Christmas hats and twinkling lights? Sunshine at Christmas?! Not in my neighbourhood.

Off one of my mom's favourite Christmas albums of the '90s (and possibly yours too), the second track from Boyz II Men's "Christmas Interpretations" is smoother than a fresh blanket of snow. Pour yourself a large glass of wine, kick back and have a listen. That's some festive mellow, right there.

Because what sort of a '90s music list would this be without the Spice Girls? This cover of the iconic song by The Waitresses went under a lot of people's radars, but every true Spice Girl fans will recognise it immediately.

I'm going to re-ignite the old debate of the '90s and say that this song is way better than *NSYNC's "Home For Christmas." Though *NSYNC's song might have been the one played at all the school dances, it was "Christmas Time" which got the honor of being repeatedly played on my stereo whilst I doodled AJ McLean's name into my diary.

The coolest song on this list featuring an ensemble squad of some of the most iconic hip hop names of the '90s (including Snoop Dogg, Salt N Pepa, and Puff Daddy); "Santa Baby" is an eclectic treat with a supremely '90s video.

OMG, it doesn't get much better than this. That jam! Those lyrics! Those dance moves! NKOTB were the greatest, and I think it's pretty obvious that this song is an under appreciated holiday classic. I dare you to listen to this and not feel immediately full of festive cheer.

Nobody in America probably knows much about this song, but ask any British girl of a certain age and she will tell you all about it. A gigantic '90s Christmas hit in the UK, "Stay Another Day" is a grandiose, heartfelt and epic declaration of love sang from four dudes who really, really love matching white puffa jackets (who doesn't?).

It wouldn't be a '90s list without at least one Nickelodeon reference and bizarrely, Nickelodeon's Ren & Stimpy actually had an entire Christmas album out back in the '90s, which is kind of crazy. "We're Going Shopping" is a cynical, irreverent celebration of what the controversial cartoon characters see as the true embodiment of Christmas — hardcore consumerism!

I can still barely believe that this song exists. The teenage goth girl within me is cringing at the thought of pumpkin king Billy Corgan sitting earnestly at a grand piano, Christmas hat hanging off his head at a jaunty angle, cracking a smile and saying "Ah, to heck with it. Let's write a song which families can enjoy together!"

Some people just don't get these songs, but I don't know, maybe you just had to be there when they first came out in order to truly appreciate their genius. One things for sure, New Kids On The Block are getting cranked up to full volume the second the Christmas punch is served. Have a funky, funky Christmas, One and all.

More like this
Every Song In The Umbrella Academy Season 3
By Kadin Burnett
The 'Hocus Pocus' Sequel Finally Has A Release Date & It Makes Total Sense
By Shannon Barbour and Radhika Menon
“The Door Is Always Open” For Another 'Breaking Bad' Spin-Off, Says AMC Boss
By El Hunt
Lauren Rae Is Bringing Back The Sex And The City Vibes In Her New Memoir
By Shahed Ezaydi
Get Even More From Bustle — Sign Up For The Newsletter