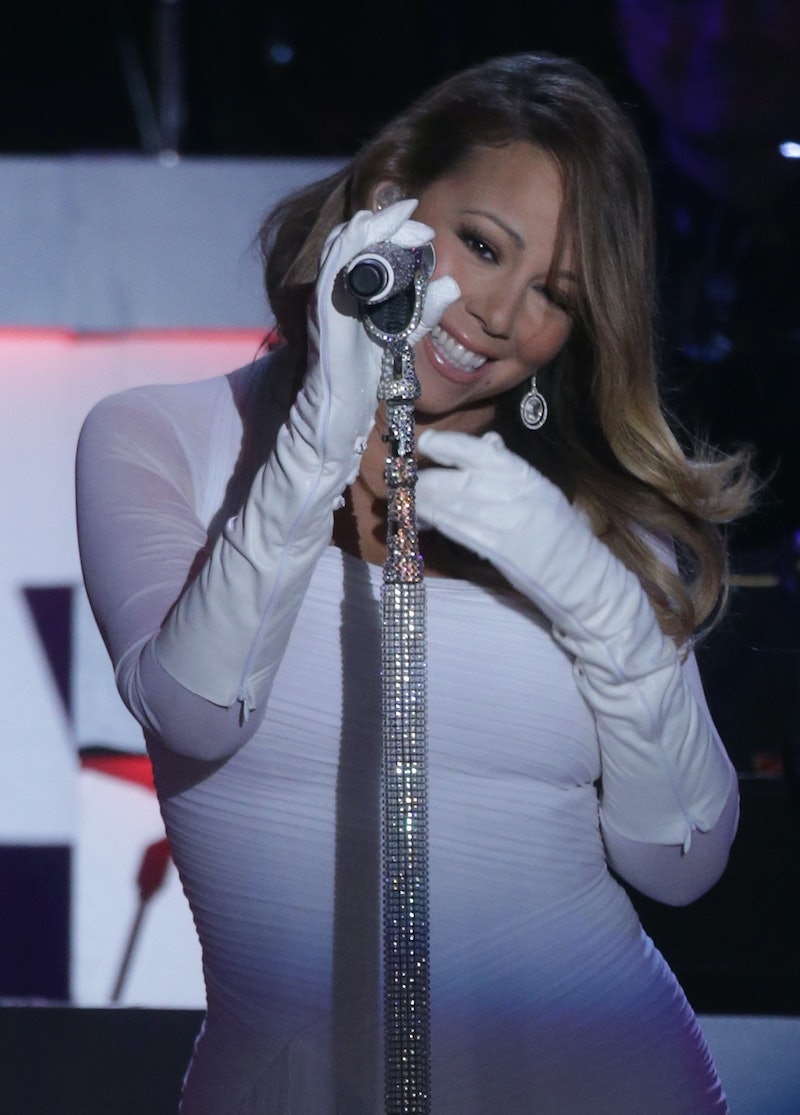 There are Christmas songs and then there is "All I Want for Christmas is You." The universally beloved tune that Mariah Carey birthed unto us is now 20 years old, and it's time for a revitalization of why it has snagged a place high above the regular Christmas classics and why it’ll foreseeably always be that way. It's not that typical Christmas songs are good, they are. Who doesn't love archaic tunes about chestnuts teetering dangerously near open flames and donkeys frolicking around the countryside that someone bothered to name Dominic? It's just that "All I Want for Christmas is You" is the best one of the best ones, as Dashboard Confessional would say. It's like comparing Reese's Peanut Butter Cups to the rest of the chocolate candy species... you just can't. It's in a category all by itself after having achieved a certain divinity that only can be attributed to a higher power, or whoever decided that peanut butter and chocolate go better together than, well, peanut butter and jelly.

But, for the sake of proving my point after making such a claim, I’ve listed the reasons why Carey’s two decade old song is and was the best Christmas song that has fallen upon our festive ears.

Like all good things (cheese, wine, Betty White... this song only appreciates in value and is sometimes better even when moldy. I'm looking at you, blue cheese.)

Mashed up, cheesy... it's delicious any way you cook it. Like potatoes.

Young, old, male, female... we all want "You" for Christmas so passionately.

It's the Great Equalizer

We all sound just as bad as the next guy when we try to hit Mariah's insanely high and unattainable notes. OK, except for you, Ariana Grande. Except for you.

It's Proportionally Melancholy and Uplifting

It's not woefully depressing like "River" by Joanie Mitchell or unrealistically upbeat like "Jingle Bell Rock." It's just that in between when you're really digging someone but the only way you can fathom a union with said person is calling upon a mythical, elderly man to do it for you.

December, July, October... it ain't ever out of style and always readily belt-able.

You Can Really Jam to it

No matter your skill level.

She's given up everything she loves... even SNOW, to be able to hang out with this anonymous dude for one night. I think Santa can pull some strings, no?