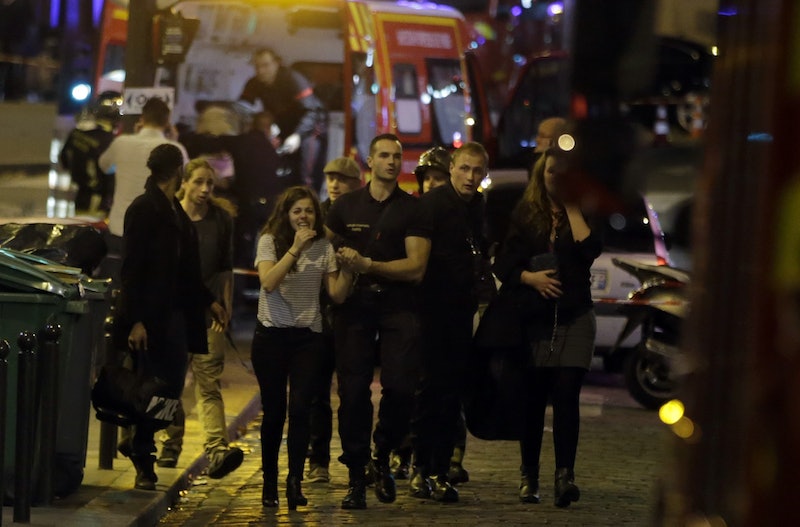 Update: The AP reports that French police have stormed and secured the Bataclan Concert Hall, killing at least two of the attackers. There are reports that as many as 140 people inside the venue were killed.

Earlier: On Friday night, the city of Paris, France was struck by multiple seemingly coordinated attacks — reports so far suggest as many as three separate shootings and three explosions, and the death toll figure is continually rising, from two, to ten, to 26, to 40, and now, at least 60. And there's also a hostage situation reportedly taking place at a Parisian music venue — what is the Bataclan concert hall?

At the moment, this music hall is the subject of worldwide attention. According to The Guardian, citing French law enforcement sources, at least 100 people were trapped inside while attending a show by an American rock band called Eagles of Death Metal. While the definitive connections between these various acts of violence aren't yet clear, the sudden outburst and apparent coordination is leading countless people to fear that France has been struck by perhaps the worst barrage of terrorism in the nation's history.

And the Bataclan is at the center of it all, a brightly-adorned venue in Paris' 11th arrondissement. Its precise location is pretty glaring at the moment; France was rocked by a terrorist massacre at the offices of satirical newspaper Charlie Hebdo last year, and it's very conspicuous just how close the two locations are to one another. The Bataclan is just one-third of a mile away from the paper's headquarters, about a seven-minute walk.

And here is a map of the attack locations: