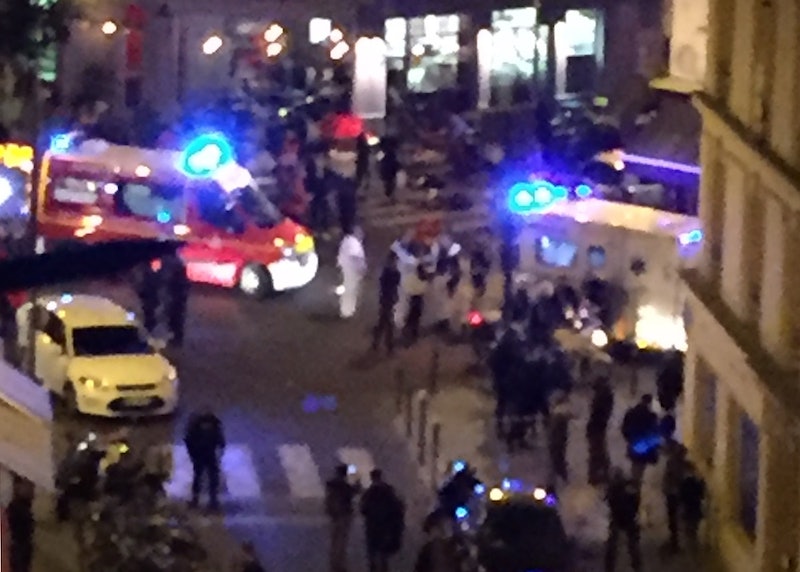 Friday, Nov. 13 is a truly devastating day for Paris residents and citizens all over the world, as the French city was attacked by a series of explosions and shootings. According to The Daily Mail, these attacks have left at least 60 dead, with 11 of these victims killed in a restaurant shooting and 15 at the Bataclan concert hall. Several gunmen took hostages at Paris' Bataclan concert hall, others reportedly opened fired at Carillon bar and the restaurant Le Petit Cambodge, and two to three explosions went off near Stade de France, the national stadium. Details of the shootings and explosions are still unclear, though French police believe the attacks are linked, and are reporting at least six coordinated attacks throughout the city. French President Francois Hollande has called an emergency cabinet meeting after the attacks.

Amid these tragedies, some twitter users in the city began using the hashtag #PortOuverte, which means "open door" on Twitter, offering up their homes to those seeking shelter on the streets of Paris. Users are tweeting things like, "Hey tourists in #Paris if you need help or some place to sleep around Jussieu 5th arrondissement, my door is open. #PorteOuverte #OpenDoor." Or, "You're welcome to our home if you're afraid of going home through Paris and are near La Vilette #porteouverte." Many users utilizing the hashtag and telling tweeters to DM them for their home address.

President Obama spoke about the attacks, saying: "This is an attack on all of humanity and the universal values that we share." And French President Hollande has declared the crisis a state of emergency. All borders will be closed until further notice.

While these terrorists' attacks are nothing but evil, it is heartwarming to see the citizens of Paris joining forces to help those impacted by the tragedy.