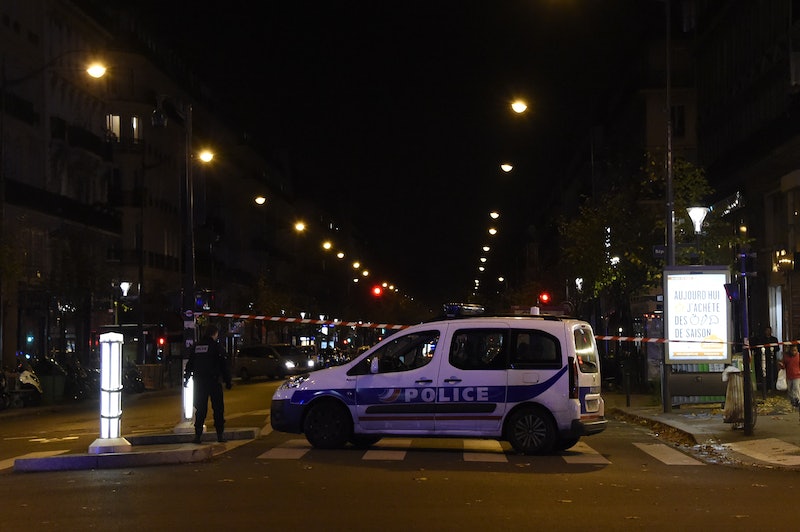 Earlier: According to the AP and French police officials, multiple shootings and explosions occurred in Paris on Friday night, with at least 100 casualties at the Bataclan Concert Hall alone, with dozens of more fatalities and injuries at a Cambodian restaurant, a bar, and a stadium. The tragedy of these events is overwhelming, and in the midst of such chaotic attacks, as well as in the difficult days to come, there are a variety of resources available to help the Paris attack victims and their loved ones. As Friday night unfolds, there are a variety of resources available to provide safety and information to current residents and visitors of the City of Lights. There are also resources for those who may not be in Paris and are hoping to get in touch with friends and family who are.

If you're in the city itself and looking for immediate shelter, it's incredibly important to remember and search the hashtag #PorteOuverte as soon as possible to find homes nearby that are offering safety for residents who aren't sure where to go. Residents are being urged to stay inside. If you're searching for information on a loved one in Paris and not sure where to go or can't get through, below are numbers for a Paris emergency line and various national embassies in the city.

As mentioned, for those searching immediate shelter, Parisians are opening up their homes all over the city.

In addition, fans of the German soccer team who are looking to seek shelter were encouraged to use the #offenetüren hashtag to find safe places during the night.

Multiple users on Twitter are noting that Sikh temples in the area will provide shelter to anyone in need.

4. Paris Emergency Numbers For People Who Have Friends Or Family In The City

For people worried about loved ones in Paris, the police officials have opened up a phone line.

Additionally, people have also been tweeting out specific national embassy phone numbers in Paris to call if you have friends or family in the city and are concerned or trying to get in touch.

Facebook has developed the option to mark yourself safe during a disaster, which will let your friends on the app know that you are safe and sound amidst a disaster.