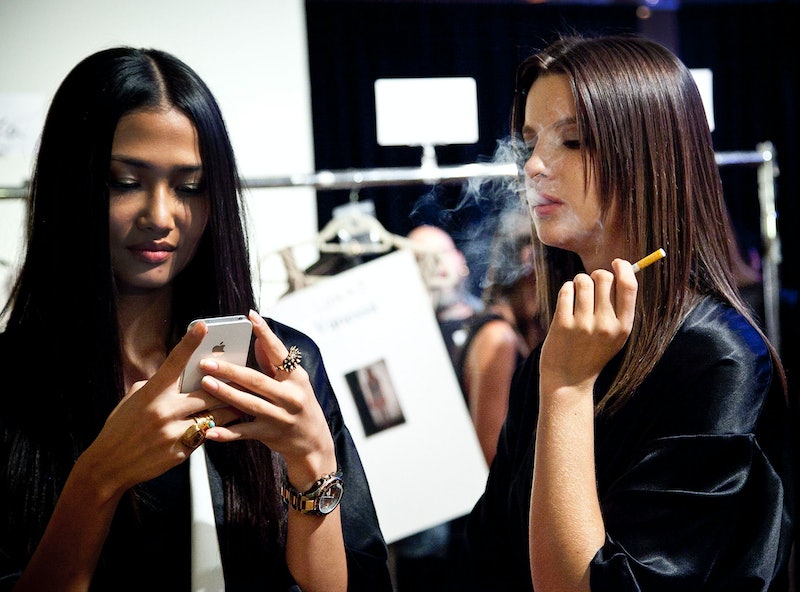 Saturday marks the 50th anniversary of the first release of the Surgeon General's Report on Smoking and Health. The release famously warned Americans about the dangers of smoking for the first time. Now, a new report that came out last week estimates that thanks those warnings about smoking, 8 million Americans' lives have been saved. With a lower rate of smoking comes a lower rate of deaths from heart disease and cancer. Additionally, while 42 percent of adults in 1964 reported that they smoked, only 18 percent of adults smoked back in 2012, according to the Center for Disease Control and Protection.

How did we get to this point? Here is a quick summary of landmark events in the history of smoking public health warnings and laws that have impacted our smoking culture today:

Surgeon General Luther Terry released his report saying that cigarettes could cause illness and death, which led to a new era of warning labels on cigarette packs.

Brands of filter cigarettes and cigarettes with lower levels of tar and nicotine were created. Although they were not effective in reducing the effects of nicotine — because people often covered up the filters' holes and inhaled more deeply — the cigarettes were marketed as "safe," which means that the move to low-tar, low-nicotine, and filter cigarettes shows that people were caring more about the health effects of cigarettes.

Congress passed the Comprehensive Smoking Education Act, which set up an official system of warning labels to use on packs of cigarettes.

After a vote by the House and Senate, smoking was no longer allowed on domestic airline flights.

The U.S. Department of Transportation banned smoking on all flights in the U.S. or by American carriers — even if traveling to or from foreign destinations.

The U.S. had implemented 259 restrictions at workplaces and restaurants.

Twenty-eight states and the District of Columbia have banned smoking in public places.

More like this
For These Abortion Clinic Volunteers, Going TikTok Viral Is A Risk Worth Taking
By Audra Heinrichs
6 Abortion Advocates To Follow On TikTok
By Sara Youngblood Gregory
How 5 People Upended Their Lives To Fight For Abortion Rights
By Hannah Smothers
5 Ways To Stand In Solidarity With Women In America From The UK
By Sophie McEvoy
Get Even More From Bustle — Sign Up For The Newsletter