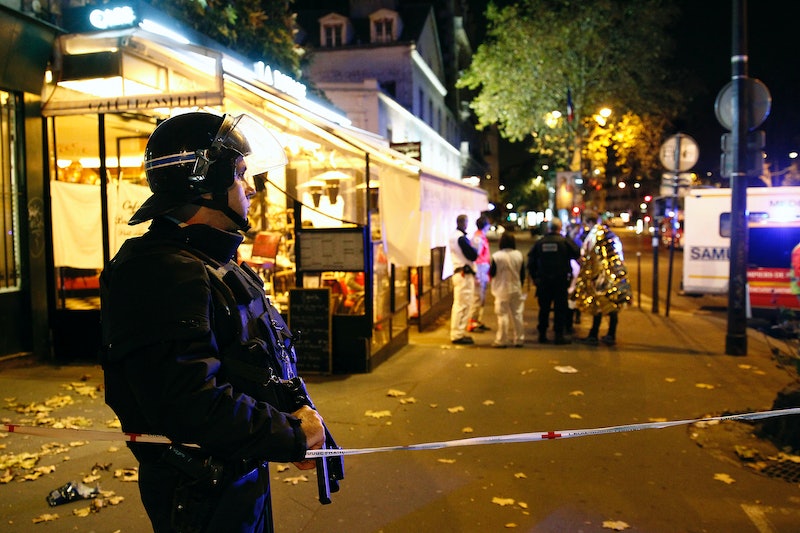 While hearing about the deadly attacks in Paris on Friday, Nov. 13 was shocking for a number of reasons, perhaps the most startling factor is the numbers associated with the events. The death toll has reportedly reached 140 people, 100 of whom are said to have been killed by gunfire in the attack on the Bataclan theater. In a time like this, it's only natural to think of other similar events, specifically, other mass shootings. Is the Paris attack the deadliest mass shooting ever?

If the staggering reported numbers are correct, this is not the deadliest mass shooting ever; although it is the deadliest mass shooting by civilians. There are a number of mass shooting events that have happened throughout world history that resulting in a larger number of deaths than the Paris attacks. For example, the 2009 Guinea Stadium Massacre in which "more than 150 people were killed when security forces opened fire on thousands of anti-government protesters," according to the BBC. And the Andijan Massacre in which Uzbekistan troops opened fire on protesters, killing more than 700 people.

That said, with 100 people reportedly being killed by gunfire, the Bataclan attack does have the highest death toll of a mass shooting by civilians. It surpasses the 2011 Norway shooting in which 67 people were killed by gunfire, with 77 deaths in total.