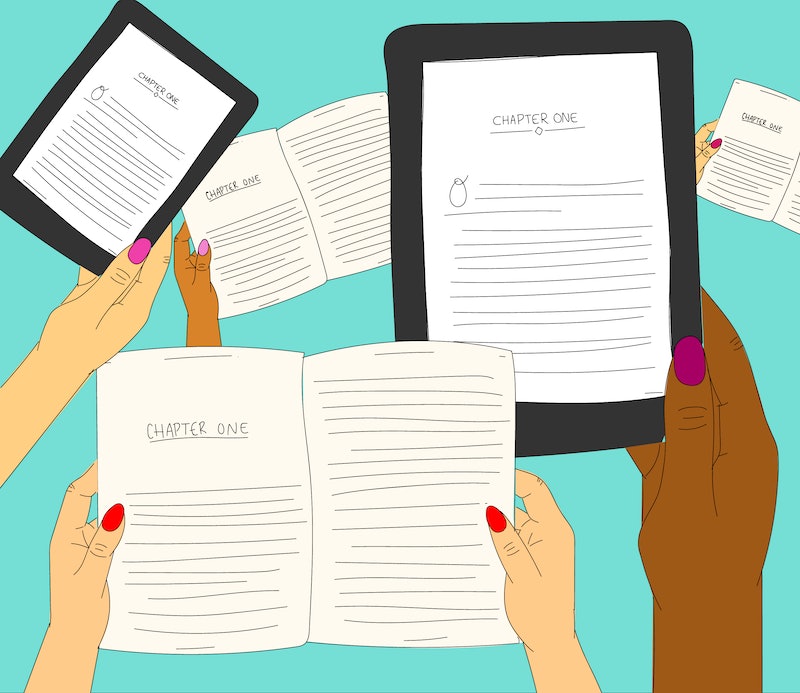 You can tell a lot about a person by looking at their bookshelf. It's like a window into somebody's personality that shows their likes and dislikes, their interests and their passions, and what they think is important in life. What kind of books a person likes reveals a lot about them, but their favorite series says even more. After all, staying loyal to a series is a commitment and patience, and that shows something right there.

When people ask me what my favorite book is, it's like being asked to pick a favorite child — I just can't do it. And when it comes to picking a favorite series, I have just as big of a problem choosing. I have entire cubes of my Ikea bookshelf dedicated to specific series, because they each deserve their own special placements. Though it's no secret I love science fiction and fantasy, I have book series that range from family sagas to detective stories to young adult. With such a wide range of genres and authors, how could I even possibly name a favorite?

The truth is, everyone has a favorite, even if they don't want to admit it, and your favorite book series says a lot about you. More accurate than decoding your personality based on your favorite nail polish, what you read shows who you really are.

If you're a Potterhead — and I mean, who isn't? — then you are full of wonder and imagination. You're loyal and true to your friends and family, and you're willing to do anything to protect the ones you love. Though you can buckle down when something needs to get done, you enjoy your leisure time, too, and there is nothing you would rather do than spend some quality time with your BFFs seeing what mischief you could get into. Even if it seems unlikely, you will wait forever for true love, because you know there is nothing like it.

When it comes to solving a problem, you're there. You enjoy puzzles, riddles, and word games. You aren't afraid to speak your mind or stand up for what you believe in, and you don't get intimidated very easily. Despite your tough exterior, you love fiercely and deeply. If someone gets on your bad side though, they better watch out, because you aren't one to forget.

3. A Song of Ice and Fire Series by George R. R. Martin

You've read the books (and are anxiously awaiting the next installment) and you're always caught up on the show, because if A Song of Ice and Fire is your favorite series, you are probably a determined and driven individual. You have a knack for details and your memory is impeccable.

If the Goosebumps series ruled your childhood, then you like a good thrill. Your favorite holiday is Halloween, and you probably have season passes to the closest amusement park. When you go camping, you like to sit around the camp fire and tell scary stories, and you always have an extra flashlight on your, because you know what kind of crazy things can happen in the dark.

Contrary to popular belief, not all romance and erotica readers are the same, but if the Fifty Shades Trilogy is your favorite series, then you probably have a fun side to you. You like fairy tales, getting drinks after work, and going on vacation. Chances are, you're in a book club because you're an avid reader who likes getting together with friends to talk books as often as possible.

There are more science fiction series out there than I can count, but if you consider the two books in the Parable series among your favorites, then you really enjoy the sci-fi genre. You are a deep thinker in touch with your feelings and sensitive to others. When it calls for it, you can easily take a leadership role and, let's face it, you're probably a feminist and proud.

The books (and maybe the movies) and your favorite forms of entertainment, and that is because you love a good story. You like getting lost in what you're doing, whether it's reading, watching a movie, or playing a game. You're a world traveler, or at least would like to be, and you enjoy time in the outdoors. You're always waiting for the next big adventure, and so are your friends, which is why you love them.

Like so many of the characters in the series, if the Vampire Chronicles is your favorite, you have a playful and sensual side and you aren't shy about it. You like glamorous parties, decadent dinners, and live music. You can be a romantic, but you've been know to have a devious side as well. Your favorite subject in school was either literature or history, and you know that Anne Rice's vampires are better than any others. Sorry, Edward.

It's hard not to get lost in the Duniverse that Frank Hebert created in his bestselling science fiction books, but if it is your favorite series, then you probably don't have trouble keeping it all straight. You're smart and quick on your feet, and you like to use your wits and imagination. You like getting the whole story and don't mind sitting their all night to get every last detail. You're one dedicated person, and even more dedicated reader.