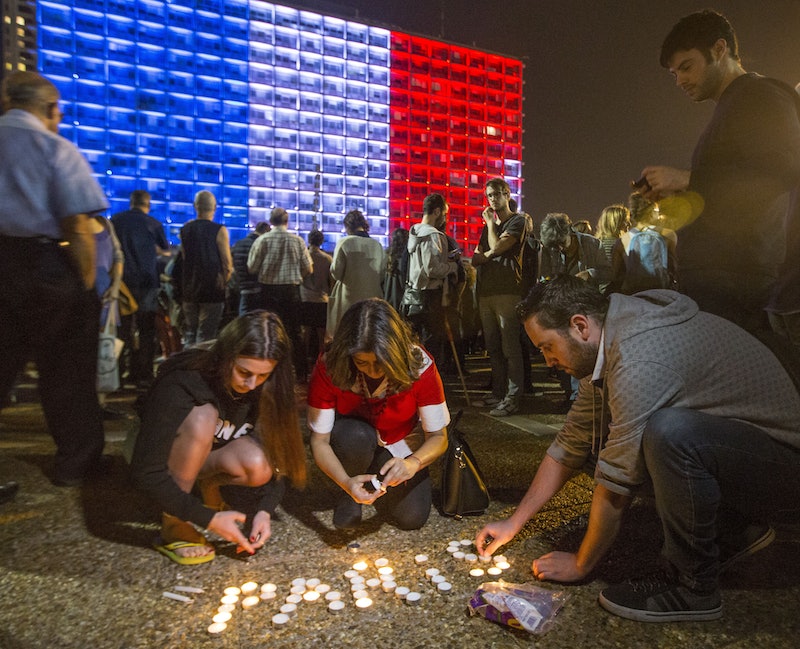 In light of recent terrorist attacks in Paris that have left at least 129 people dead and many more injured, our hearts and minds are with France today. But for those among us who have a good grasp on international affairs, these attacks in Paris — and the response to them — also highlight the extremely selective outrage towards global tragedies that citizens of industrialized nations often display.

Just the day before the Paris attacks, two Islamic State-led suicide bombings in Lebanon's capital, Beirut, left 41 dead and many more injured. And also on Friday, another Islamic State suicide bomber targeted the Baghdad funeral of a political enemy, killing at least 18 and injuring dozens more. Back in April, al Qaeda affiliates stormed a Kenyan university killing about 150. I'm not sure I heard about even one of these events, at all. There was no social media outpouring of grief or profile picture filters for Beirut or Baghdad or Garissa.

It makes plenty of sense why Paris would grab our attention more than other places (it's easy to explain, if not justify). Many of us, and our friends and families, have personally visited France. There are many Americans who speak French, and even more French who speak English. Their culture of baguettes and wine is familiar to us. In my case, I work for a French company founded in Paris, and half of its San Francisco-based employees are native Parisians.

Our empathy as human creatures is in sadly limited supply, and even professional counselors experience "empathy fatigue" when they reach their natural limits for emoting towards and on behalf of others. Not having Lebanese coworkers or eating Kenyan food doesn't make those victims' lives matter any less, but it does place those faraway events lower down the empathy list given your particular, limited frame of reference.

And empathy is complicated, too. Displays of solidarity — from changing your Facebook picture to attending a vigil — give people an emotional boost to get them through a very tough time, but the subsequent effects of those behaviors are mixed. Though oxytocin has been much hyped as a "moral molecule" that can help people to get in touch with their compassionate side, oxytocin actually makes people more limitedly tribal — caring about their own group, not humanity as a whole. This is why you see many nationalistic responses to the Paris attacks right now, instead of totally universal ones.

Fortunately, we're each equipped with emotions and reason as tools to guide us through the world. There's typically no need to rank the importance of tragedies against each other. Gut reactions do not provide straightforward international policy answers. You may not be able to muster huge emotional impulses towards everything going wrong in the world, and that's OK. But you can still be respectful of the fact that other countries' tragedies are every bit as real as those of you and yours.

More like this
The Families Of Grenfell Tower Are Still Waiting For Justice, Five Years On
By Bustle UK
How To Fight For Reproductive Rights, Based On How Much Time You Have
By Courtney Young
Windrush Victims Are Still Waiting For Compensation
By Sam Ramsden
Boris Johnson’s Leadership Is In Question – Again
By Bustle UK
Get Even More From Bustle — Sign Up For The Newsletter