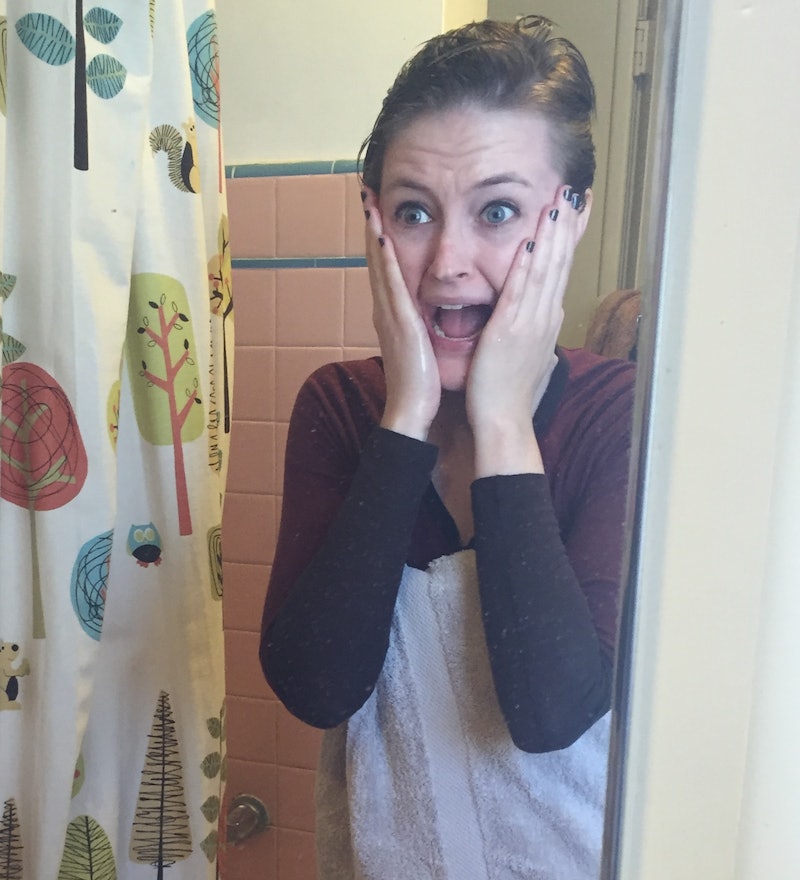 On November 16, 1990, the greatest Christmas movie of all time put on its winter coat, hopped on a sled, careened down a flight of stairs, and crash-landed in movie theaters everywhere. Yes, the John Hughes-penned, Chris Columbus-directed masterpiece that is Home Alone is a quarter of a century old. And yes, Home Aloneis without a doubt the greatest Christmas movie of all time. If you do not agree, I'll give you 'til the count of ten to get your no-good keister off my property.

So what does one do when the best Xmas flick ever hits a major milestone? Well, I'll tell you what I did: I lived it up like the hero of the movie did when he was left to his own devices. In honor of Home Alone's 25-year anniversary, I spent the day like Kevin McCallister, the cherub-faced, dairy-loving rapscallion played to perfection by Macaulay Culkin. No, I didn't build a potentially lethal obstacle course or destroy an entire shelving unit or set someone's pet tarantula free or terrorize the pizza delivery guy. I wanted to channel the fictional mischief maker as best as I could, but I didn't want to cause any real trouble. (I hope I did not let you down, dear reader, but I was not about to be dubbed a “little jerk” and sent up to the attic for the night. Come on, can you blame me? It’s scary up there!)

So what did I do? I threw on my finest red sweater, cranked up the John Williams, and recreated a few of my favorite Home Alone moments.

Half a pint of Neapolitan ice cream and chocolate syrup? For breakfast? I could get used to this.

I played the Angels With Filthy Souls clip on repeat until I was out of ice cream.

And nobody came out and stopped me!

I Looked For An ADA-Approved Toothbrush

But before I could select a toothbrush, another Target patron started hovering over my shoulder. Like, she was all but breathing on me. I guess she really needed to get up close and personal with the toothbrushes and couldn't wait her turn? My personal space was a thing of the past. I started to grow anxious. I left the dental care aisle sans toothbrush.

No, I didn't steal a toothbrush, but I did nervously scamper away from the personal space invader. It was basically my Old Man Marley moment.

I Found A Photograph Of Buzz’s Girlfriend

I Set Out Some Toy Cars

I know I said I didn't set up an obstacle course, but I couldn't resist setting up a booby trap (because what is an homage to Home Alone without at least one booby trap, am I right?). I arranged a few toy cars at the top of a stairwell. I stepped back and looked at my work. I smiled a proud smile.

But then, my smile melted into a worried frown. If anyone were to walk out the door at this very moment and step down on any of the toy cars, I thought, they would probably fall down the flight of stairs. I can't have that.

So I picked up the cars before anyone could get hurt.

And yes, I did use a knife and fork. And yes, I did wash it down with a glass of cold milk. And yes, I did recite the proper blessing before I dug in: Bless this highly nutritious microwavable macaroni and cheese dinner and the people who sold it on sale. Amen.

I Tried Aftershave For The First Time

This was the moment I'd been dreading all day, but there was no getting around it. I knew I couldn't not do it. I knew that if I was going to really live it up like Kevin McC, I would have to gently pat aftershave onto my easily irritated skin.

Sorry, blemishes. Hope you'll forgive me for this one.

I tied a towel around my torso, slicked back my hair, exfoliated my face, lip synced along with "White Christmas," and dumped a few drops of the pungent liquid onto my palms.

Kevin McC's aftershave wail was not an overreaction; the stuff burns like a piping hot doorknob. If my pores could talk, they would've said this: