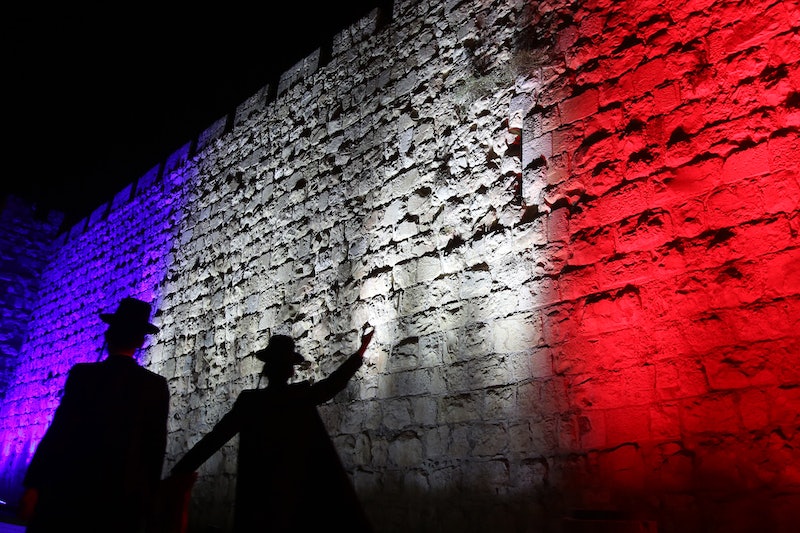 One of the suicide bombers involved in the six terrorist attacks in Paris Friday night that killed 129 was identified Saturday night, leading the world to ask: Who is Ismael Omar Mostefai? He was reportedly identified by a fingerprint from a severed finger from one of the suicide bombers. Not much is known about Mostefai's past yet, but Jean-Pierre Gorges, the mayor of Chartres, said on Facebook that Mostefai lived in the French town an hour outside of Paris at least until 2012.

ISIS claimed responsibility for the multiple attacks, leading France to deem them an "act of war." President Francois Hollande said Saturday: "We will lead the fight, and we will be ruthless."

According to The New York Times, officials said the Paris attacks were carried out by three teams of ISIS terrorists, but it's unclear which team Mostefai was a part of. A single attacker set off a suicide bomb outside the gate of the French soccer stadium, dying at the scene. Multiple attackers stormed the Bataclan concert hall, where one was killed and two set off suicide vests. The attack at the Bataclan during an Eagles of Death Metal concert had the most victims of the six attacks, with 89 killed.

Update: Mostefai, 29, was one of the terrorists who died at the Bataclan. He was a native of Courcouronnes, a town 20 miles south of Paris. According to Sky News, he had a criminal record and was known to security services. Paris prosecutor Francois Molins told Sky News: "He caught police's attention due to the violation of public power. From 2004 to 2010, he was pronounced guilty eight times, but has never been in prison. In 2010, he was blacklisted by the police due to extreme behaviors, but never been classified into any illegal extremist groups." An unknown number of Mostefai's relatives were arrested after the attacks.