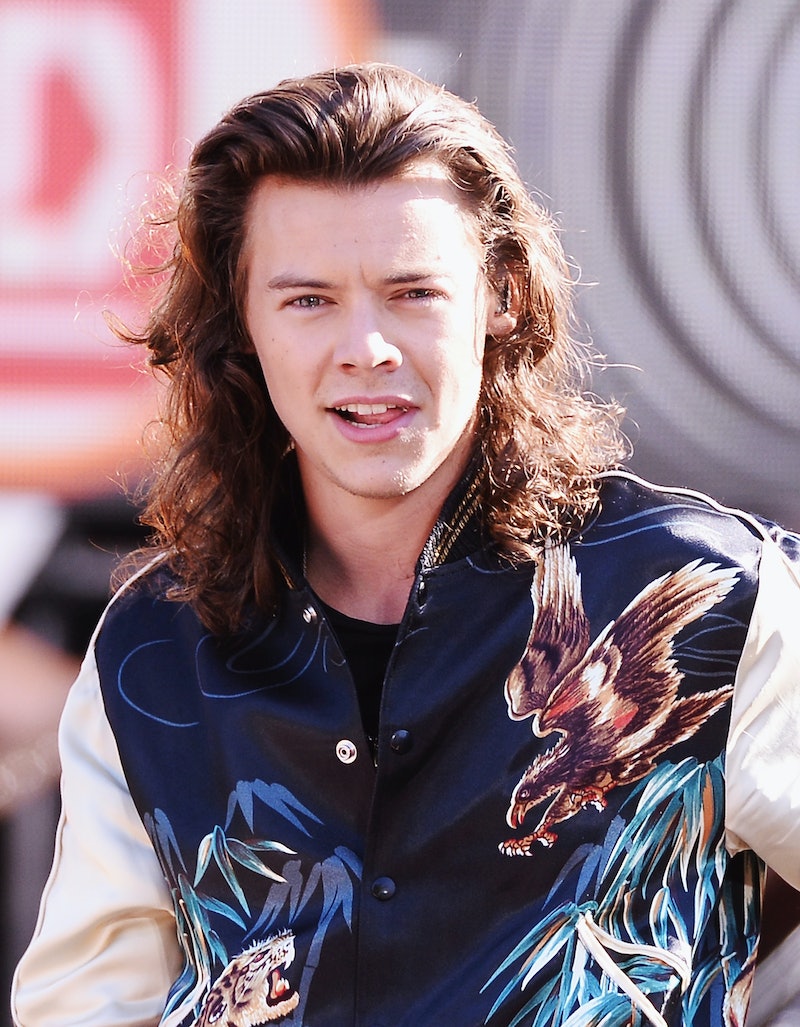 Not all memories are Made in the A.M, it seems. Over the weekend, One Direction attended the Royal Variety Performance at Royal Albert Hall in London, and it seemed like a wicked time. Not only did the talented foursome hit the stage to perform, but they also met everyone's favorite member of the royal family (sorry, Lupo), Prince Harry. But while the other members' encounters with royalty were cool to see, nothing compares to Harry Styles and Prince Harry meeting for the first time. The photo of the experience proves that Styles' 1D bandmates would probably say the same thing.

Not that it was the only thing for the group to celebrate that night. It's been a busy weekend for the band since the release of their fifth and final pre-hiatus album, Made in the A.M. Although members like Niall Horan have made some big promises to fans, like the fact that they will be returning after their break, it still feels like an epic end of an epic era. The boys went out in style at the elegant gala on Friday night, which consisted of members of the British royal family, as well as other performers like Sir Elton John, Kylie Minogue, Josh Groban, The Corrs, Little Mix, and Kacey Musgraves.

But even though it was a star-studded event, the real standout moment of the night was clearly when Prince Harry and Harry Styles' meeting was photographed, and the world fangirl-ed in unison. If friend goals could be captured in one frame, it would be this. Us Weekly reported that the royal asked Styles “When was the last time you had a haircut?” to which the singer replied, “I’m not planning on it right now.”

Is that the smell of a beautiful bromance brewing? I sure hope so. But apart from this moment (which will definitely go down in history), let's not lose light of the fact that although the two Harrys were completely calm, cool, and collected, the "Drag Me Down" singer's bandmates' reactions were priceless. Not only were their expressive faces invaluable, but they're saying exactly what we were all thinking here at home.

"Please don't embarrass us, Styles." The singer has a hilariously worried expression in his eyes and a tight smile that hints at the idea that he was concerned that his fellow bandmate was going to say something out of line. Not to worry, Liam! Harry Styles is known for his irresistible charm and cheeky personality; he knows his way with his words.

"Looking good, Styles." Come on, there's no denying that you were thinking the same thing when you saw the picture. With his shoulder length curly locks and fur-lined suit jacket, it's no surprise that Styles was turning heads. The 1D boys have never been afraid to express their bro-mantic love for each other in public, and Horan's adoring blue eyes are no exception to this.

"Alright, Styles, pick it up, we're not trying to be here all night." Although our love for Harry is everlasting, we know that the "Perfect" singer has never been one to be in a rush. He loves engaging in conversation and making new friends, and is never racing with the clock.

But why should he be? It's not every day that you get to meet a prominent member of the British royal family. Thankfully, it seems like fans never have to fear that the members of our favorite boy band will embarrass themselves (or us) in front of some of the world's biggest figures. One Direction seems to have handled the event with the utmost grace. Now we just have to wait for the inevitable pics of Prince Harry and Harry Styles bonding even more and hanging out all the time. Can this friendship happen soon, please?