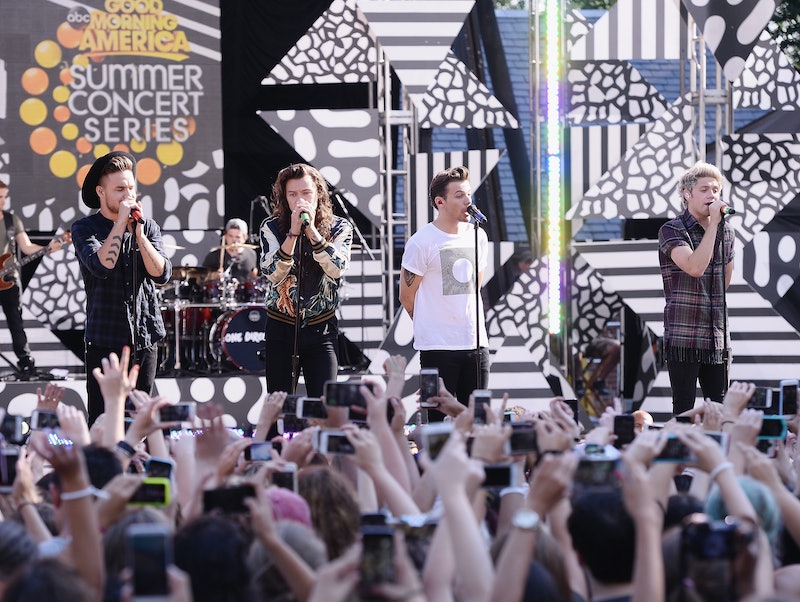 The day we've all been dreading is coming sooner than any of us would like: One Direction is taking a two year-long hiatus and fans really don't know what we're going to do without the band. Sure, we can re-listen to their old albums (one of which is actually a very new album) and daydream about the moment they make their comeback as a group. But there's one thing we won't be doing while they're away, and that's listening to any of their solo work. One Direction won't make any solo albums during their hiatus, and that's a promise — the boys said so themselves during an interview with London Radio 2 on Friday.

"Unless someone’s lying to me, there are no solo projects lined up," Niall Horan said, breaking hearts everywhere (because I'd take a Niall or Harry Styles album tomorrow). Added Louis Tomlinson, "I think we all just want some breathing space for now and the idea of that is pretty exciting, not to have any specific schedule or plans."

Of course, it's probably a good thing and means the future of the group is a bit more certain. Personally, I worried that a hiatus was code for breaking up but not wanting to say they were, so it's good to hear that their break is just that: time to recharge and relax so that they can reunite and come back better than ever whenever seems right. At least that's what I hope. After all, all four members of the band are still incredibly young and it's early days in their careers to be thinking about retiring altogether, and their chemistry as a group has worked perfectly since their debut, so why let a good thing go?

Then again, the idea of solo albums from some of the guys — particularly Styles, who I've always thought would be incredibly successful on his own — are something I wouldn't turn away from hearing. A Niall Horan album wouldn't go amiss, either, as I mentioned above. But let's be honest: if the guys went solo and did well with that, what are the chances they'd want to reunite as a group? Probably pretty slim to none.

One Direction haven't even started their hiatus yet, so we shouldn't get ahead of ourselves when it comes to the future of the band. As far as we know, they're just taking a well-deserved break before coming back, bigger and better than ever. I'm already looking forward to that day.