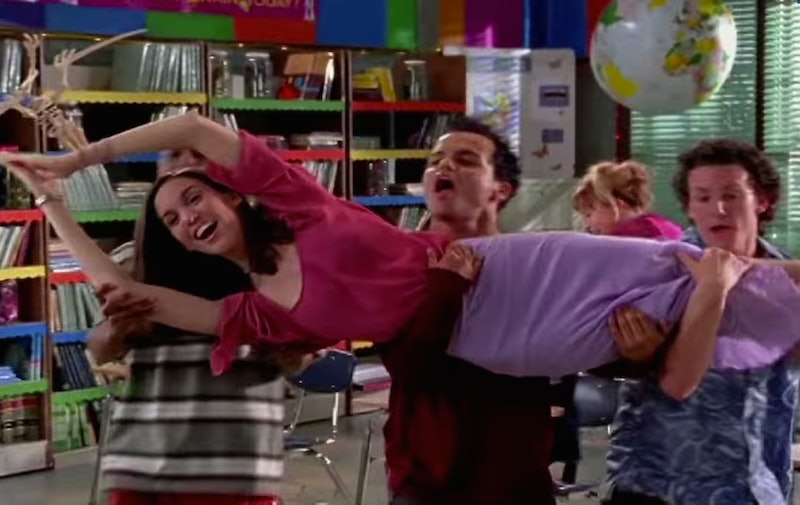 Guys, let’s face it. It’s been a long time since we were kids. Which means it’s been a long time since the '90s. It’s OK, take a breath and let it all out. It’s a hard thing to accept. Considering the length of time that’s passed, you may have forgotten some of your favorite Disney Channel TV shows, even though they were probably once very important to you — enough so that you’d run home from elementary school or junior high just to catch up on them, despite the reruns playing approximately 500 times a day.

In the words of Celine Dion, it’s all coming back to you now, isn’t it? Like walking up into your attic and dusting off your old favorite teddy bear your mom insisted you were too old to sleep with any longer. Not that I’d know from personal experience or anything *looks around nervously*. Like that beloved teddy bear, Disney Channel shows brought a special sense of comfort and familiarity to our ever-changing worlds in all of their lighthearted perfection. And I think you’ll find, as I did, that it’s quite nostalgic to unearth a few of the programs that you grew up watching. Below, look back at nine Disney Channel shows you sadly may have forgotten about.

1. Phil Of The Future

In retrospect, I imagine this show is basically what it'd be like if we were all stuck back in the mid-2000s as well. Phil, you aren't so strange after all.

It's almost impossible to fathom that this great show has been forgotten, but I think Shia LaBeouf's antics sometimes overshadow it. Therefore, I declare this the best show the Disney Channel has ever or will ever produce. Ever.

It's what inspired my seven-year career as a camp counselor. Surely, this brings up some memz for you as it does for me.

This awesome show was sorta, kinda like the reverse Hannah Montana. Except, you know, this came first so Hannah really owes her whole double identity thing to Jett, anyway.

You should all be ashamed of yourselves for forgetting the cutest TV genius to ever exist.

6. Sonny With A Chance

It wasn't that long ago, but it's hard to imagine the "Confident" singer Demi Lovato playing a silly and unsure aspiring actress, isn't it?

Like the Mickey Mouse Club, but different. Things to note: That is baby Jennifer Love Hewitt in the opening credits. And, Fergie Ferg herself was a Kids Incorporated alum, too. What a show.

How could you forget this odd gem of an Alice in Wonderland adaptation? I remember long hours trying to fall into my own standing mirror, coming very close to bodily harm.

9. Cory In The House

The That's So Raven spin-off was hilarious, although Cory's show was not quite as popular as his sister's. Hence the whole forgetting about it thing.

So, now that you remember these shows, there's only one thing to do: marathon them all.