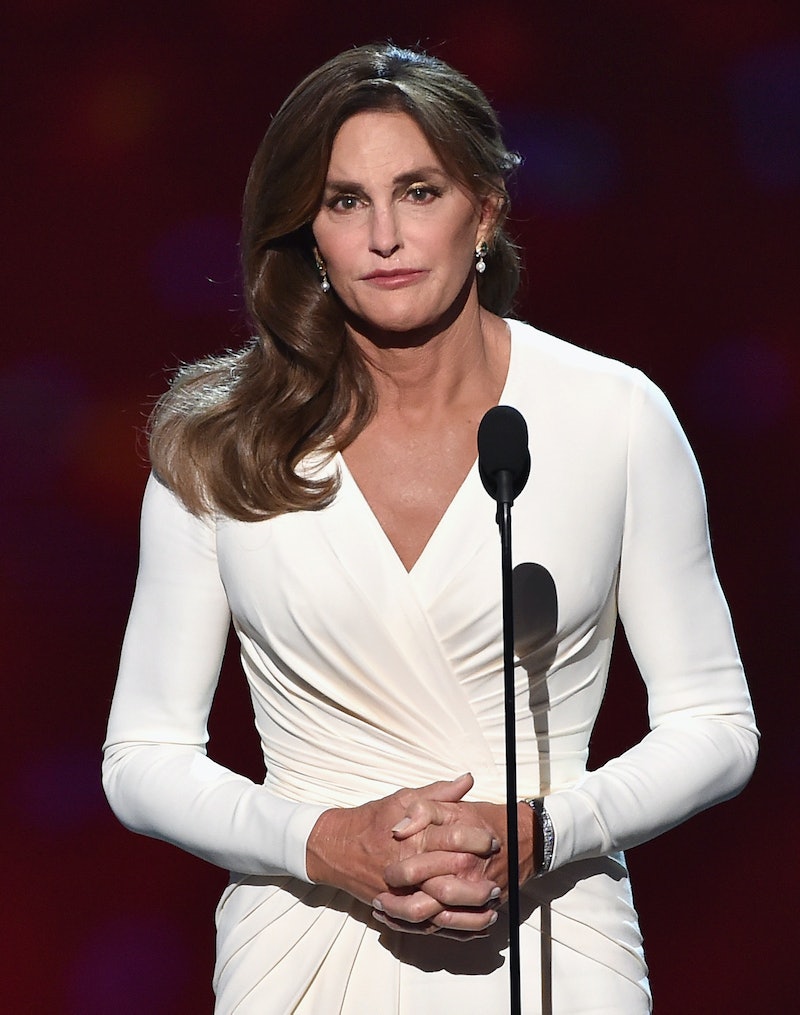 It's been months since Caitlyn Jenner first introduced her true self to the world. In fact, by now, it almost seems like she's always been Caitlyn, so it's easy to forget that the first time she made a public appearance was at the 2015 ESPYs. And, if you caught her amazing speech, you already know that her children were in the audience, supporting her. But Sunday's Keeping Up With The Kardashians premiere revealed that not everything was perfect behind the scenes at the ESPYs with Caitlyn and the Kardashians.

At first, the idea of even going was met with a lot of apprehension from Caitlyn's daughters. Not because they didn't want to support her — that choice was easy. But everyone was still on edge from the whole Vanity Fair debacle, and nobody wanted to upset Kris, either. Understandably, Kris didn't want to go to the show. She hadn't met Caitlyn yet, and she didn't want to make Caitlyn's special night about their first meeting. So they came up with a solid solution: Go to the ESPYs and cheer Caitlyn on, and then take Kris out to dinner afterwards, so she could spend time with her daughters without feeling left out.

And like many things that happen to these people, their plan obviously backfired.

Why? When Caitlyn realized that, immediately after the show, all of her daughters were splitting and skipping the after party, her feelings were pretty hurt. After all, this was a big deal for her — they couldn't give her their entire night? She was so upset she wouldn't talk to Kendall, who felt caught in the middle between her parents. And who could blame her? What a mess!

As anyone who's watched I Am Cait already knows, eventually, Caitlyn and Kris did find a time to come face to face, and the whole thing went over way better than either of them expected. Until then, though? I have a feeling more instances like this are going to come up on KUWTK, and I just want to give Kendall and Kylie a hug. I know things all end up well, but it's going to be rough watching until that happens.